The Pistons finished the preliminary round of the Summer League with a 4-0 record and advanced to the tournament quarterfinals as the No. 2 seed. 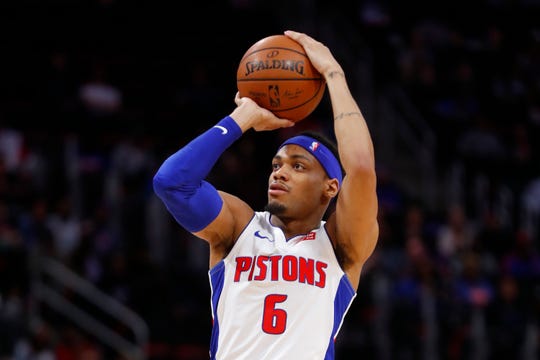 The Pistons are in the playoffs again.

It’s the NBA Summer League, but it’s the playoffs all the same.

The Pistons finished the preliminary round of the Summer League with a 4-0 record and advanced to the tournament quarterfinals as the No. 2 seed. They’ll face the Brooklyn Nets on Saturday at 8:30 p.m. ET at the Thomas and Mack Center.

The Boston Celtics moved up to the top seed, by virtue of their undefeated record and margin of victory, which is the tiebreaker. The Celtics’ 26-point win over the Memphis Grizzlies on Thursday vaulted them into the top spot. The Minnesota Timberwolves are the only other undefeated team and will be the third seed.