The Spurs turned a four-point halftime lead into a 21-point margin entering the fourth, en route to a 136-109 victory at AT&T Center. 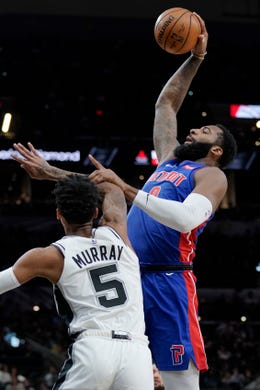 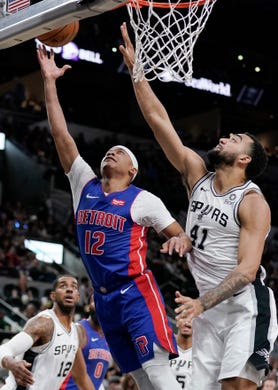 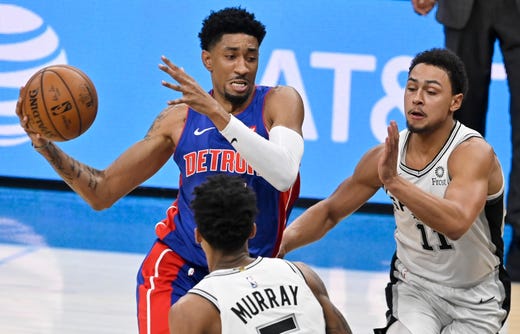 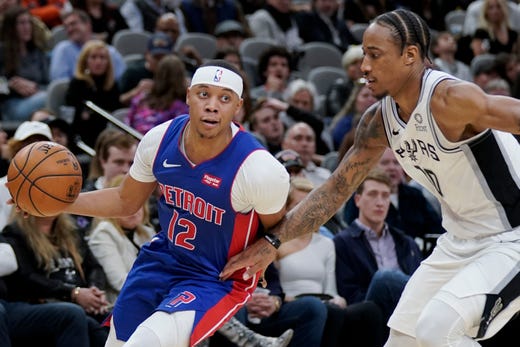 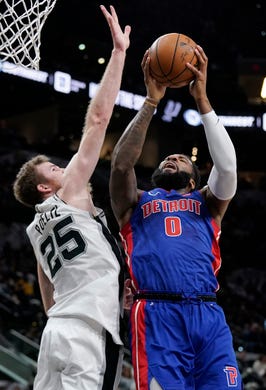 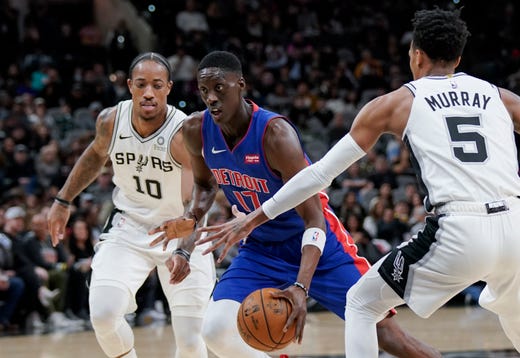 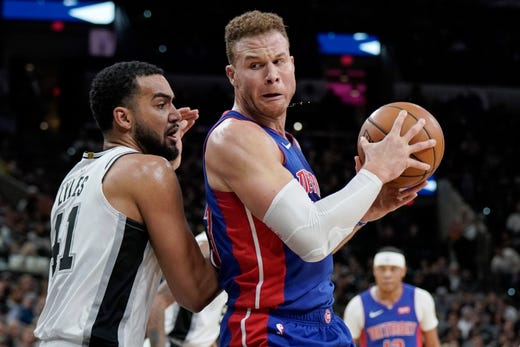 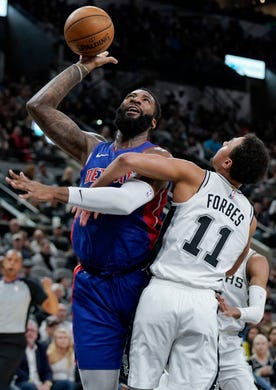 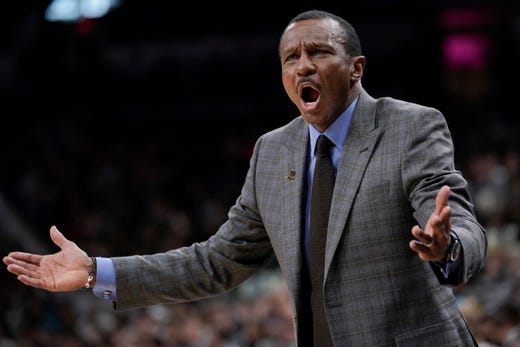 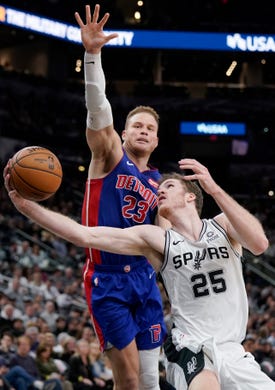 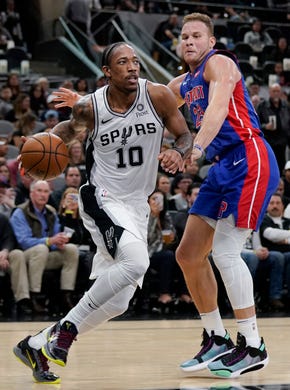 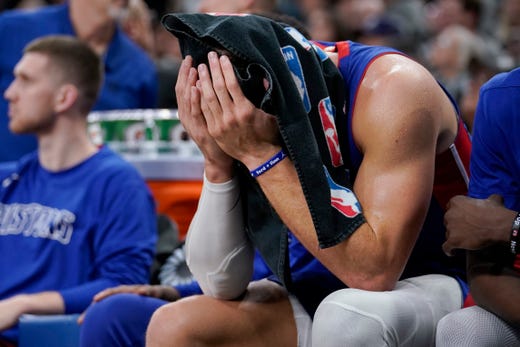 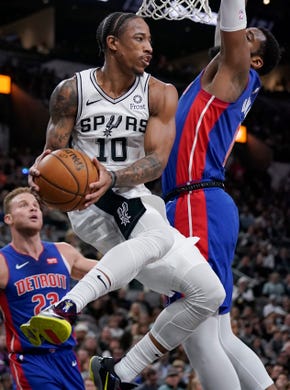 San Antonio Spurs' DeMar DeRozan (10) looks to pass the ball as he is defended by Detroit Pistons' Andre Drummond, right, during the second half. Darren Abate, AP
Fullscreen 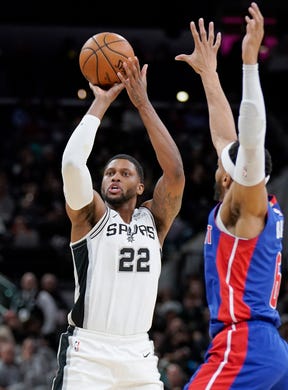 The third quarter did it again.

Or the Pistons didn’t do it again in the third period.

However it’s phrased, coming out of halftime the Pistons didn’t have their best Saturday, especially on the defensive end.

The Pistons dominated the San Antonio Spurs by 34 points on Dec. 1, and the rematch was decided mainly in the third quarter. The Spurs turned a four-point halftime lead into a 21-point margin entering the fourth, en route to a 136-109 victory at AT&T Center. 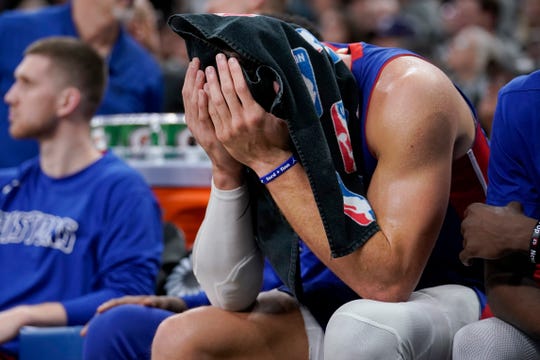 It’s the sixth loss in the last seven games for the Pistons (12-21), in the opener of their six-game western trip.

The 42 points were a season high for the Spurs (13-18) who used the 42-25 third-quarter advantage to take control of the game. They nudged into the lead on back-to-back jumpers by LaMarcus Aldridge (25 points and 12 rebounds), who made a career-best five 3-pointers.

DeMar DeRozan (29 points, five rebounds and eight assists) had a three-point play and a drive and Bryn Forbes hit a pair of 3-pointers, igniting a 17-4 run, with three straight 3-pointers by Derrick White and two by Rudy Gay (16 points and seven rebounds).

That got the lead to 93-71 at the 2:40 mark and Langston Galloway’s jumper ended the spurt. But DeRozan added a jumper and Jakob Poeltl made both free throws after a flagrant foul by Bruce Brown.

Brown helped finish the quarter with a burst, with a dunk, a drive and a 3-pointer, pulling within 99-80, but DeRozan’s floater at the buzzer pushed the lead to 21.

In the fourth quarter, the Pistons couldn't slice too far into the lead, as the Spurs, going 18-of-35 (51 percent) on 3-pointers, had an answer for every big shot the Pistons hit.

1. Blake Griffin ended his struggles from beyond the arc, making a 3-pointer in the first quarter, ending a streak of 12 straight misses in the last two games and 2-of-33 over his last six games. Griffin finished 3-for-10 on 3-pointers, his first game with multiple 3-pointers since Dec. 6.

2. Drummond got off to a good start, with 13 points and nine rebounds in the first quarter, but his production tailed off a bit, with just four points total in the second and third quarters. After Rose entered, he got going and some of the inside game was gone late in the second period and into the third.

3. Langston Galloway heated up in the fourth quarter, with eight of his 15 points, but the Spurs were comfortably ahead. It was Galloway’s highest point total since Dec. 9, when he had 16 points against the Pelicans. Teams have defended Galloway differently, taking the 3-point shot away from him and making him drive instead.

4. Rookie Louis King played the last 3:07 for the Pistons, after the lead had reached 28. King scored his first NBA points in the win over the Wizards on Thursday. King hit a 3-pointer — the first of his career — in the final minutes, First-round pick Sekou Doumbouya didn’t play because of an illness but is expected to see some time during the long road trip.