'Our focus wasn't there': Pistons lose fifth straight in drubbing by Raptors

Pistons drift further from playoffs after 105-92 defeat to Raptors before a pro-Toronto crowd at LCA.

'Our focus wasn't there': Pistons lose fifth straight in drubbing by Raptors 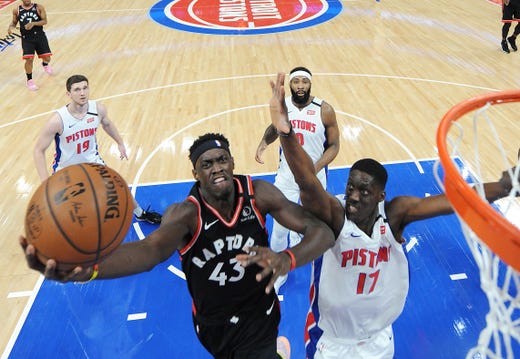 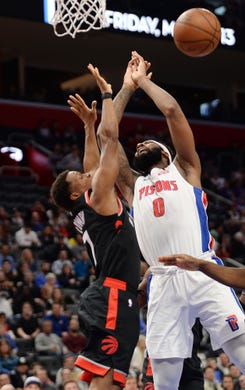 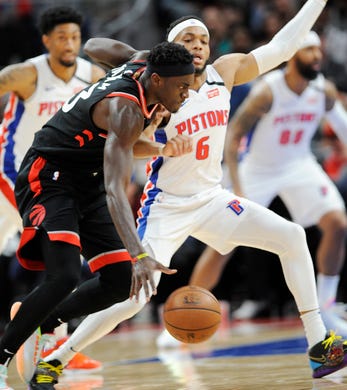 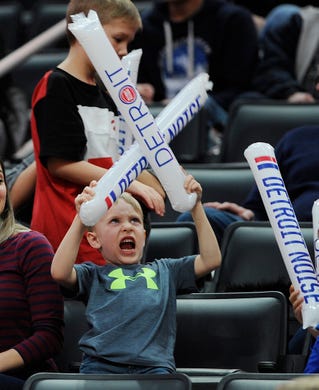 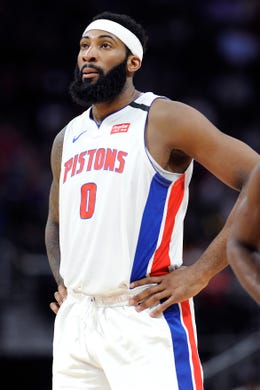 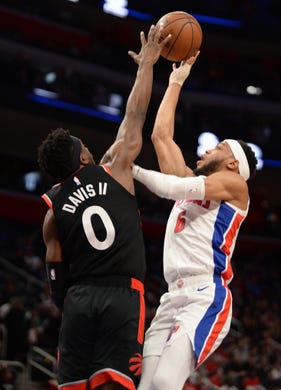 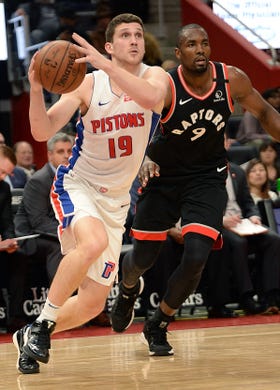 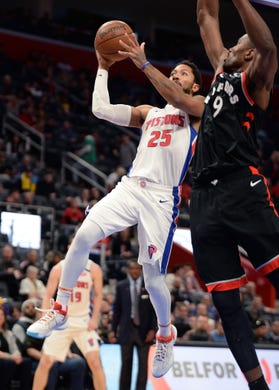 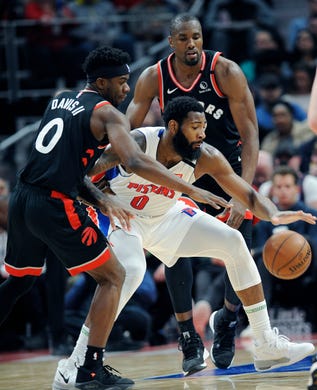 Detroit — The snowball is gaining steam on the downward spiral toward missing the playoffs.

As the trade deadline nears, the Pistons aren’t showing signs of bouncing back from their slump. By next week’s trade deadline, they may have some different pieces and a different focus.

The latest evidence is a 105-92 loss to the Toronto Raptors on Friday night at Little Caesars Arena, the Pistons’ fifth straight loss and sixth in their last seven games. 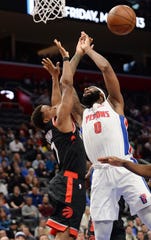 Derrick Rose had 21 points and Andre Drummond 20 points and 20 rebounds for the Pistons (17-33), who have lost all three meetings against Toronto, coach Dwane Casey’s former team, this season.

“Their transition game got going and we started missing shots at that time, when our second unit was in and that's what separated them. The first unit did a decent job of getting it down to six or eight,” Casey said, but again, our shooting woes with the second unit and transition defense.

“We knew that once they challenged the shot, they were going to take off, and we did not do a good job and I didn't do a good enough job of getting guys ready for that.”

The Raptors (34-15), who have won 10 straight games, were ahead by double digits for most of the game but the Pistons rallied in the third quarter, trimming a 14-point lead to six. Drummond had a pair of baskets in a 10-2 run and Langston Galloway added a 3-pointer to make it 75-69 with 41.9 seconds left.

Fred VanVleet (16 points, eight rebounds and nine assists) hit a 3-pointer to end the quarter and the Raptors moved ahead, by nine. VanVleet started the fourth with a lay-in and after a jumper by Markieff Morris, Chris Boucher added two free throws and a lay-in to start a 14-3 run that helped put the game away.

The Pistons lost their fifth straight and sixth in their last seven, 105-92, to the Raptors on Friday night. The Detroit News

Pascal Siakam (30 points, seven rebounds and four assists) had 13 points each in the first and fourth quarters and Serge Ibaka added 21 points, including 3-of-4 on 3-pointers, for the Raptors, who had a 66-28 margin on points in the paint.

“I would say Pascal got going early in the game, which didn’t help us out and they kind of got going in transition,” said Christian Wood, who had seven points and five rebounds. “(Ibaka was hitting shots and there was a lot going on today; our focus wasn’t there.”

► Rookie Sekou Doumbouya appears to have fallen out of the rotation — quickly — with coach Dwane Casey. After Casey intimated that Doumbouya could go back to the Grand Rapids Drive in the G League to help improve his confidence and to get more practice reps, the rookie did not play Friday against the Raptors. He was on the bench and active for the game but did not see any playing time.

► Casey said there were 10 scouts from other teams in attendance on Friday, presumably observing Pistons players who might be available ahead of Thursday’s trade deadline. That list could include Reggie Jackson, Langston Galloway, Drummond, Rose and others. Among them are expiring contracts and others who could generate an asset in return.

► Svi Mykhailiuk got an early start with a pair of 3-pointers in the first few minutes of the game but didn’t get the same looks later in the game, as the Raptors tightened down on defense, taking away his easy looks from beyond the arc. He finished 4-of-5 from the field — all on 3-pointers and made a good statement after he was named to the Rising Stars game during All-Star Weekend.

► The Raptors had an active and vocal fan following — as has become customary — at Little Caesars Arena. They were loud and rambunctious, even before the singing of “O, Canada” in pregame and scattered, “Let’s go, Raptors!” chants throughout the game. There were plenty of black, red and purple Raptors jerseys and shirts around the arena and a presence that’s become familiar for what some of them called “a home game.”

“Someday, we’re going to have a crowd like that; that’s what we’re building for,” Casey said. “I’m not here to take all these L’s and to continue to do it. We have some work to do and some building to do.”