With the NCAAs canceled and player combine in limbo, the Pistons like other NBA teams are evaluating prospects on video. 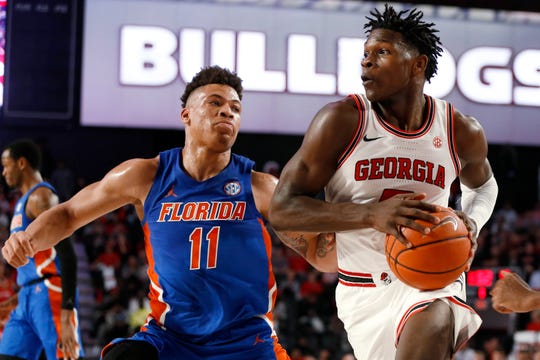 That means no regional finals this weekend. No Final Four next weekend. That also means no scouting players in person, during peak times such as conference tournaments or critical games as the college basketball season winds down.

As the NBA’s hiatus goes into its third week, there’s more uncertainty about what happens with the remainder of the season, the playoffs and the draft process. NBA commissioner Adam Silver has said the league’s suspension timetable is at least a month, but given the immense spread of coronavirus, when or if the season can continue is a looming question.

Barring a change in schedule, the NBA Draft is set for June 25, with the combine May 21-24 in Chicago. The Pistons, like the rest of the league, are continuing their player assessments as if it will be business as usual.

It will be anything but usual, though.

There may not be opportunities for individual workouts with teams ahead of the draft. The Portsmouth Invitational Tournament, a haven for middling prospects, has been canceled; the combine, where many of the top players are evaluated, remains in limbo.

Teams will have to find different ways to do pre-draft assessments.

“The whole league is watching video,” Pistons senior adviser Ed Stefanski told The Detroit News. “We’ve seen some (of the top prospects). Everyone has a bank of information on players, so we’re all in the same boat.”

Since the league has been on hiatus, team scouts have been off the road, but the process of evaluating players hasn’t stopped. They already had compiled dossiers on prospects and many teams began their intense college scouting after the NBA trade deadline in early February.

The Pistons are 20-46 and the 16 remaining games remain on hold. Having lost 12 of their last 13 games, they have the fifth-worst record in the league, behind the Warriors, Cavaliers, Timberwolves and Hawks.

They’re only a half-game from getting one of the coveted top-three spots, which would improve their odds to 52.1 percent of getting a top-four pick and 14 percent to get the No. 1 overall pick. If the Pistons stay in the fifth-worst spot, those odds would be 42.1 percent and 10.5 percent, respectively.

The flattening of the odds among the teams with the worst records was designed to help deter widespread losses. The Pistons could drop a couple of spots if another team jumps them after the draft lottery; alternatively, they could improve their position if they get lucky in the lottery.

Among the top prospects are guards Anthony Edwards and LaMelo Ball, as well as center James Wiseman and forward Obi Toppin.

The Pistons  have Derrick Rose, who would be in the final year of his deal, as the only point guard under contract for next season. Other point guards among the top prospects include Killian Hayes, Tyrese Haliburton and Cole Anthony, who could be potential targets for the Pistons.

They also could consider making moves in free agency to address the problem.

Given the lack of options at that position, Stefanski wouldn’t say whether point guard would be the focal point for the Pistons in the draft.