The NBA appears to be moving toward resuming its suspended regular season.

The NBA appears to be moving toward resuming its suspended regular season.

Following a Board of Governors virtual meeting Friday, details emerged of plans circulated among the 30 teams on a potential resumption of the season, which was suspended March 11 because of COVID-19. 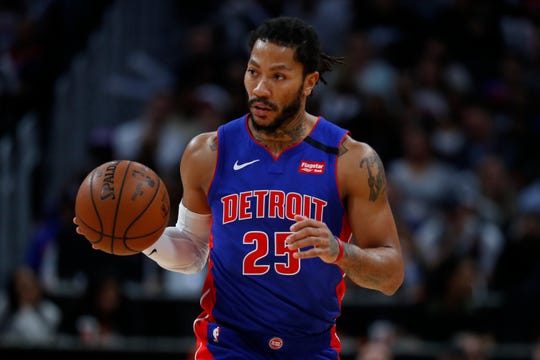 According to a report by Shams Charania of The Athletic, commissioner Adam Silver and the league office have set July 31 as a target return date. It’s the most detailed information on a potential restart to the season, in which most teams have played about 65 games. The Pistons have played 66 and were 20-46 when the season was suspended.

Charania also reported that the Board of Governors discussed four proposals for resuming the season:

►16 teams: This would end the regular season and take the eight teams from each conference in the traditional format and begin with the playoffs.

►20 teams: This would include group or stage play and could be similar to international competitions before culminating in a playoff format.

►22 teams: A hybrid version that includes additional teams that would provide for games to help determine seeding in each conference and a possible play-in tournament to figure out the final seedings.

►30 teams: Every team would complete a 72-game regular season, followed by a play-in tournament. That could benefit teams outside the playoff picture, who could be in the postseason with a good play during the restart.

NBA commissioner Adam Silver and the league office informed Board of Governors that July 31 is a target date for return of season, sources tell @TheAthleticNBA@Stadium.

Of the four scenarios, only the fourth one would include the Pistons, who had the fifth-worst record in the league and were just a half-game from the third-worst. Even if the Pistons returned to finish the season, they would only be playing six more games in the proposed 72-game format.

In any case, all teams would go through a mini-camp to get players back in playing shape and possibly play some scrimmages or exhibition games before resuming play for the proposed July 31 restart.

Most NBA teams have allowed players to resume voluntarily to their respective practice facilities. Only the Pistons, Spurs and Warriors have not reopened their facilities. The Pistons have said that they are adhering to Gov. Gretchen Whitmer’s executive orders, keeping gyms closed until at least June 12.