In many industries, rising through the executive ranks is a winding road, dabbling in different departments to gain an overall knowledge of the organization. 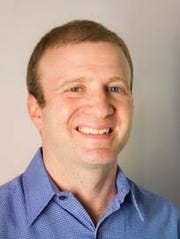 David Mincberg was named as an assistant general manager by the Pistons on July 9. (Photo: Twitter)

In some ways, it made Milwaukee Bucks general manager Jon Horst the savant that he is, having started as an intern with the Pistons more than a decade ago and climbing the ladder to winning NBA executive of the year last season.

It’s something the Pistons are hoping to replicate in hiring new assistant general manager David Mincberg, the first new addition to the front office since Troy Weaver became general manager last month. Mincberg spent three years with the Bucks as the director of basketball strategy and learning under Horst’s tutelage.

Mincberg and Horst got to know each other when they were both starting out scouting. In the downtime, scouts have general discussions to share ideas, find some commonality and build relationships. After Horst became the Bucks’ general manager in 2017, he remembered those talks with Mincberg.

“When I got the job, he was one of the top guys that I targeted right out of the gate that I wanted as part of my staff,” Horst told The Detroit News. “I put him in a leadership role in my group in the (salary) cap and strategy area and built out a department that not a lot of if any teams really had, and really created a department with him and he killed it.

“We’ve done some very strategic things relative to managing the cap and different iterations and maturations of deals and contract structures and things like that and he was instrumental in all of it.”

Getting Mincberg was a critical first step because of his varied background, having previously worked as legal counsel with the Memphis Grizzlies and MLS soccer team, the D.C. United, of his native Washington, D.C.

In his role with the Grizzlies, Mincberg worked in strategic planning, business operations, player personnel and scouting. That versatility will be critical as Weaver continues to assemble a well-rounded group of assistants to work with senior adviser Ed Stefanski, who leads the front office, with some consultation from vice chairman Arn Tellem.

“I’m really very happy with the people that Arn and that group, have put place — I think Troy and now David — I think it's the right group,” Horst said. “I’m very hopeful for what they're going to be able to do.”

Weaver got much of his reputation from his work in the Thunder front office, working with Presti, regarded as one of the best executives in the league. Horst has built a similar resume in his time with the Bucks, bringing in coach Mike Budenholzer and ascending to a league-best 60-22 record last season — their first 60-win season since 1981 — and a trip to the conference finals.

Having reigning MVP Giannis Antetokounmpo doesn’t hurt, but finding a way to attract and retain complementary talent — such as All-Star Khris Middleton, along with Brook Lopez and Eric Bledsoe — has the Bucks in position to have the best record in the Eastern Conference and make another run at a championship.

Horst, 37, learned under John Hammond with the Pistons and took the reins with the Bucks after Hammond left Milwaukee to become the general manager for the Orlando Magic in 2017. In building his front office, Horst looked to creative minds and critical thinkers like Mincberg to provide input from all levels in the front office.

Creativity and persistence are two of the biggest strengths that Mincberg brings to the Pistons in his new role.

“He’s a very creative thinker that is persistent in pushing creative ideas and he has great tact in doing it,” said Horst, a native of Sandusky in Michigan's Thumb. “Consistency in our league is so important because the pace of our business is so fast that if you just come to the table with something once that you believe in, it can get looked over.

“But you could bring the exact same thing three or four days later, and it could be accepted with open arms and it’s just based on the tempo and the pace of our league and what’s going on that day.

“I think that he’s a very creative thinker that has a persistent, tactful way of approaching things. And that, for me, was incredibly beneficial.”

Mincberg’s addition as an assistant general manager puts him a step closer to the goal of running a front office. It’s another level of experience, with his third NBA team and with the Pistons’ moving in a clear direction of a rebuild, his vast knowledge will help.

“At the end of the day, that’s upper-level management. Whatever the title is, to be at lead top basketball executive — typically, that title is general manager — and you generally manage,” Horst said. “You have to have these experiences in all these different areas … Having someone like that at a young point in their career and then helping them grow in all those areas and also helping them find specialties to contribute in special ways as they grow is a really great way for a young person to try to keep working toward the top — and Dave’s done all that.”