The Browns have traded problematic wide receiver Josh Gordon to the New England Patriots for a fifth-round draft pick. 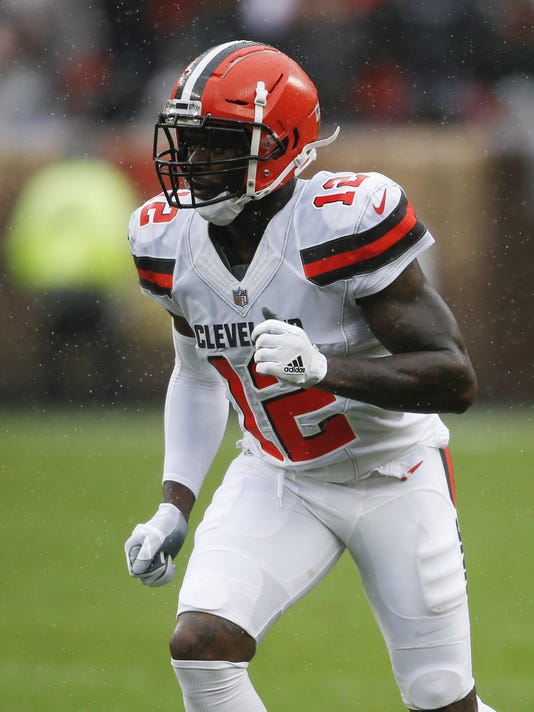 Bill Belichick and Tom Brady, who visit the Detroit Lions at Ford Field on Sunday night, have a new offensive toy.

The Browns severed ties for good with the problematic wide receiver by trading him to the Patriots for a fifth-round draft pick on Monday, ending a relationship the team did all it could to save.

The deal came together two days after the Browns reached a breaking point with Gordon, who has been suspended numerous times by the NFL for drug violations since Cleveland drafted him in 2012.

Gordon played in the Browns’ season opener against Pittsburgh, but he reported to the team on Saturday with a unexplained hamstring injury after practicing all week. The Browns decided to leave him behind when they traveled to New Orleans, and later said they intended to release him.

However, Cleveland general manager John Dorsey found there was a crowded market for him and worked out the swap with New England.

The Browns have been supportive of Gordon, but the team felt betrayed and decided it was time to move on.

“We’ve done all we can do for Josh,” said coach Hue Jackson, who didn’t provide any specifics about Gordon’s issues over the weekend. “We tried to provide the right environment. It just didn’t work out. Sometimes you just need a change of scenery and hopefully things work out for Josh.”

Gordon’s tantalizing talent had caused the Browns to hang onto him while he dealt with drug and alcohol dependence dating his teens. He missed training camp to receive treatment and the Browns were cautiously optimistic he would help them this season.

But he again let them down, and Jackson acknowledged the separation was necessary.

“I hate to determine it a relief,” Jackson said. “I’m glad there is closure. I’m glad that we’re not in a space where we’re thinking about those things: What could be, what could not be, and that we’re coaching the guys that are here.”

His former Cleveland teammate Corey Coleman — who had his own issues with the Browns before being traded last month to Buffalo, cut and then signing with the Patriots — was released by New England to make room for Gordon.

Belichick has a long history of reclamation projects with castoffs, including Randy Moss, Chad Johnson and Aqib Talib. The Patriots coach will try to work the same magic with Gordon, a 6-foot-3, 225-pounder with a dazzling blend of size and speed.

In his second season, Gordon led the league with 1,646 yards receiving and scored nine touchdowns. He had a memorable 80-yard TD catch against the Patriots, turning a short catch into an electrifying run on which he made New England’s defenders appear to be standing still.

But that was in 2013, and Gordon has played in just 11 games since because of his off-field issues.

Still, he’s regarded among his peers as one of the game’s most talented players.

“I think it’s obviously known that he’s a freakish athlete,” Patriots receiver Phillip Dorsett said moments after the trade became official. “We see what he does when he’s on the field.”

He’s joining one of the most stable and successful organizations in pro sports, and Gordon has financial motivations to produce. He’s making $790,000 this season – a relatively low figure among star receivers – and if he stays clean and catches the ball, he could cash in as a restricted free agent after the season.

“We can’t worry about that,” Jackson said when asked about Gordon flourishing in New England. “We have to do what we think is best for our organization.”