It was a gray October day, and the Lions needed a placekicker. Desperately. 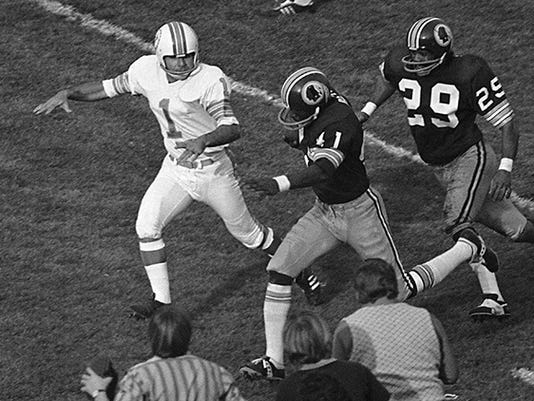 It was a Wednesday afternoon, a gray October day, the season in progress -- and the Detroit Lions needed a placekicker. Desperately.

Indeed, it was a typical Lions season, 1966. They had won some, lost some others, and they were gathered at practice at Tiger Stadium watching a guy who did not look much like a football player trying out to become the placekicker.

A young beat writer way back then, I wandered out onto the field to check out all the fuss. The media regulations weren't quite as strict 48 years ago in Pete Rozelle's NFL.

"Watch this" said Pat Studstill, one of the Lions' premier pass receivers. "I've never seen anything like it. He's some guy from Cyprus."

A short, squat baldheaded guy was spinning and twirling toward the football and kicking it left-footed through yonder goalposts 45 and 50 yards away.

The Lions, watching in a semicircle, all cheered.

Alex Karras fired off a comment in Greek to the unknown, preening kicker.

The kicker responded quickly in Greek.

Then he kicked another through the uprights.

Soon the tryout was over.

The athletes adjourned to the locker room. Again the media regulations were not as tight then as they are today in the NFL. I strode blithely into the inner sanctum.

Across in the far corner, Russ Thomas, the general manager, was in negotiations with the placekicker's representative.

I moved to locker where the kicker was shedding his football togs.

"May I ask you some questions?" I said. Polite as always.

The kicker looked me over.

"I don't speak English," he responded in a language that was not Phoenician.

And that was my introduction to Garo Yepremian.

And ultimately it led to one of the most humorous, bizarre and captivating stories in my now 58 years in sports journalism.

Garo's brother, Krikor, agreed to terms with Thomas. And on the spot, the Lions had themselves a new placekicker.

"Now, I speak English," he said, with some mirth.

And he told me his story.

He was from Cyprus, was multilingual and was of Armenian heritage. He had played soccer on his home island. He moved to London, where he was a haberdashery salesman. His brother had traveled to the States, where he saw the NFL on television. Krikor concocted a grand plan. He sent Garo an American football. Yepremian went to Hyde Park, in the heart of London Town, and started practicing kicking the football.

The idea was to place Garo on an NFL team.

Garo came to America. And soon he was a pro football player, with the desperate Lions.

Garo had never seen an American football game, except bit images on British TV. His first sighting of NFL action was his own left foot kicking the ball on the opening kickoff. The football sailing off, Garo turned around and bent over, rear end aimed downfield, to retrieve the kicking tee. The next event was Preston Pearson, with the Colts' return team, smashing into Garo. And Garo emerging with blood flushing from his nose.

The Lions lost in Baltimore, part of a five-game losing streak.

Four weeks later the Lions went up to Minnesota.

"They ought to tighten the immigration laws," Norm Van Brocklin, the Dutchman, Vikings' coach and famed Hall of Fame quarterback, told the journalists.

Day in, day out, Garo and Karras would yap at each other in Greek. Alex hated quarterbacks and placekickers. After the Lions won the game in Minnesota, Karras told me:

"He keeps dancing and yelling, 'I keek a tawchdown.'"

A couple of seasons later, Joe Schmidt, elevated to head coach, became disenchanted with Garo and the Lions cut him.

Shula, meanwhile, had changed jobs, switching from Baltimore to the Miami Dolphins. The Dolphins needed a placekicker. Shula signed Garo.

An odd character in NFL history already, Garo would become a prominent performer on a solid championship team. And once, he would be the protagonist in what – to me at least – is the oddest and most comical incident in any of the 48 Super Bowls.

In the 1971 divisional playoffs, Garo had kicked the field goal that ended the longest game in NFL history – a 37-yarder at 7:40 of the second overtime period to defeat the Chiefs.

The game would match the coaching geniuses of Shula and George Allen, the Flimflam Man, with the Washington, err, Redskins.

In the media buildup to that Super Bowl in Los Angeles, Garo reminisced bitterly about his two seasons with the Lions.

"The coaches didn't treat me like I was on the team," he told me. "All they ever had me do at the meetings was turn off the light when they showed me game movies.

A few days later Garo tried to show that he was a football player.

The Dolphins were ahead, 14-0, with their 17-0 record not quite guaranteed in the fourth quarter when Shula had Garo attempt a 42-yard field goal.

The field-goal attempt was blocked. The story has been preserved and enhanced by TV footage. Garo retrieved the bouncing ball. Right-handed, he attempted a forward pass to Csonka. The ball slipped, Garo batted it with his hand – to Washington's Mike Bass. Bass, of Michigan and another discarded Lion, ran the ball 49 yards to a touchdown.

The Dolphins persevered 14-7 – still the only undefeated Super Bowl champion.

"I'll never be a quarterback," Garo, his baldhead glistening, confessed in the locker room in the LA Coliseum.

Once upon a time, before it became our American sport for the ages, pro football used to be fun. Lots of it!

Jerry Green is a retired Detroit News sportswriter. Read his web-exclusive columns on Sundays at detroitnews.com.