Ogletree, who's in his sixth NFL season, was inactive for the Lions' first two games. 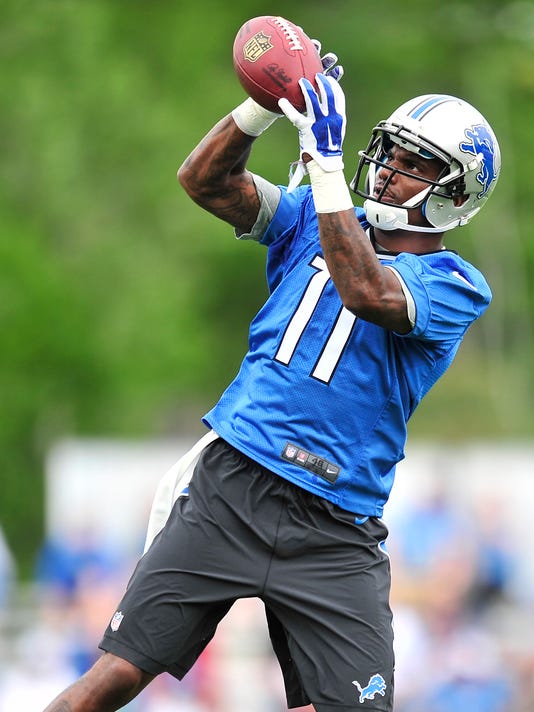 Wide receiver Kevin Ogletree was released by the Lions on Saturday, according to a report by ESPN.(Photo: Daniel Mears, Detroit News)

In a corresponding roster move to the promotion of cornerback Mohammed Seisay from the practice squad, the Lions released wide receiver Kevin Ogletree on Saturday, according to a report by ESPN.

Ogletree, who's in his sixth NFL season, was inactive for the Lions' first two games, and the Lions cut him to add depth in a secondary depleted by injuries.

The 6-foot-1 Ogletree signed with the Lions last October after Tampa Bay released him. In 12 games, he had 13 catches for 199 yards and a touchdown.

During training camp, Ogletree spent a significant amount of time with the first-team offense, but return man Jeremy Ross has been the No. 3 receiver to start the season behind Calvin Johnson and Golden Tate. Corey Fuller's speed helped him earn the No. 4 job in a Lions offense that also uses three tight ends and two running backs.

Ryan Broyles is the other wide receiver on the roster, and although he's been inactive the first two games, he has more upside than Ogletree entering his third NFL season.

The release of Ogletree and signing of Seisay should become official later Saturday.