He was identified in an NBC News report as Kramer, 50, who led the Lions to the 1991 NFC championship game. 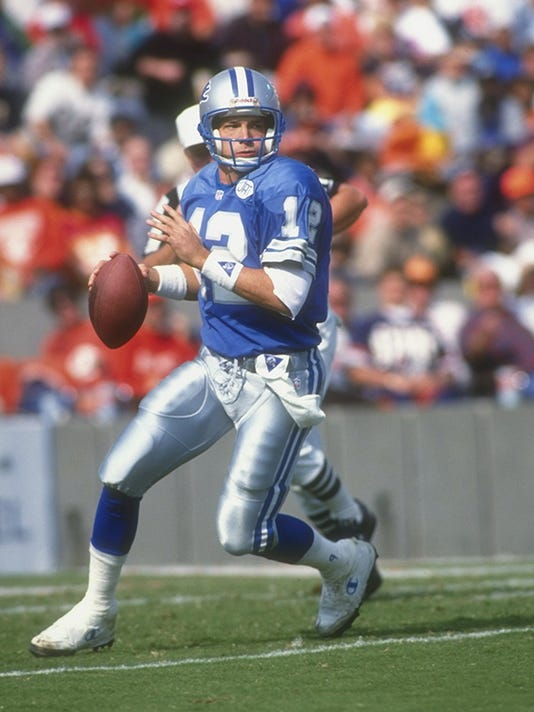 Erik Kramer is pictured in 1991 with the Lions.(Photo: Rick Stewart, Getty Images)

Los Angeles County sheriff's deputies were making a welfare check at a motel around 8 p.m. when they found Kramer with gunshot wounds described as not life-threatening, according to a law enforcement source.

Marshawn Kramer said her ex-husband's sister told her the injury is more serious.

She said she believes Kramer, 50, was trying to kill himself and he has been suffering from depression for years as a result of the hits he suffered during a football career that included 10 years in the NFL.

"He is a very amazing man, a beautiful soul, but he has suffered depression since he was with the Bears," she said. "I can promise you he is not the same man I married."

She did not specify whether Kramer had sustained concussions during his playing days.

"It has not been easy," Kramer told the Chicago Tribune in 2012 about his post-football life. "I have been going through a divorce for the last two years. It has only added to it.

"It has been very difficult. But you find yourself and you find faith and the strength to go on."

Kramer spent three years with the Lions, leading them to the 1992 NFC Championship game, and five with the Bears.

"Our thoughts and prayers are certainly with Erik and his family," Lions spokesman Bill Keenist said.

Kramer also played for the Falcons and Chargers, and spent three years in the Canadian Football League.

The Detroit News contributed to this report.