Zach Zenner out for season with partially collapsed lung

Lions rookie running back is in a local hospital, an injury that will end his rookie season.

Zach Zenner out for season with partially collapsed lung 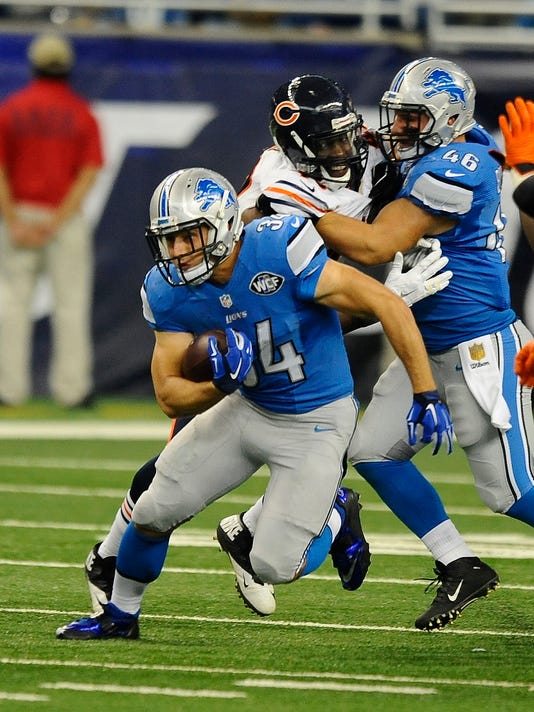 Allen Park — Lions running back Zach Zenner suffered a partially collapsed lung in Sunday’s win over the Chicago Bears, an injury that will end his rookie season.

“He is in the hospital but things are improving for him,” coach Jim Caldwell said Monday.

Zenner suffered what the team announced as a chest injury in the second quarter of Sunday’s win over the Chicago Bears and did not return. He has four cracked ribs, but is expected to make a full recovery.

Caldwell said he spoke with Zenner on the phone Sunday, and in addition to deal with physical pain, Zenner is hurt that he’ll miss out on more opportunities to play this season.

“He’s an integral part of what we do from an offensive standpoint,” Caldwell said. “A tough, rugged guy, but also very involved in our special teams. And just a quality person, as well.”

Zenner suffered the injury at the end of a 7-yard run when Bears linebacker Pernell McPhee and safety Adrian Amos knocked him to the ground. At the hospital, doctors inserted a tube into his lung to help him recover, but assuming it's removed within the next couple days, Zenner could recover within the next six weeks. Unfortunately, the Lions can't afford to wait as their other running backs are dealing with injuries, too.

With Zenner heading to injured reserve, the Lions will have to decide whether they need to add another running back to the roster. Ameer Abdullah (arm/stinger) and Theo Riddick (groin) played through injuries Sunday, and Joique Bell (ankle) missed his third straight game.

If the Lions want to sign a back, promoting George Winn from the practice squad would be an option.

“We’ll take a look and see where we are,” Caldwell said.