Lombardi jumps to the booth, Lions offense picks up

Lombardi said he was more comfortable on the seventh floor at Ford Field.

Lombardi jumps to the booth, Lions offense picks up 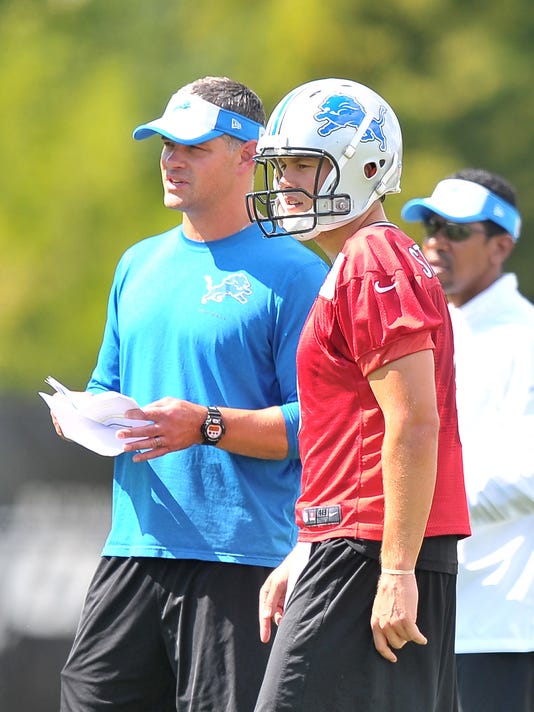 He hoped to continue coaching with an aerial view in the quieter setting with the Lions, but he was on the field for his first 21 regular-season games as an NFL coordinator. After making the move upstairs last week for the Lions' 37-34 overtime win over the Bears, Lombardi explained Thursday why the team was hesitant for him to coach from the booth before now.

"Last year with communication and making sure our tempo was as good as could be, (I) stayed on the field so there was one less person that the play calls have to go through," said Lombardi, who will stay upstairs Sunday against the Vikings (1 p.m., FOX). "I was really planning on doing it at some point this year and was hoping to get a win so it wasn't such a big story when I did it. But just thought it was time and wanted to go up there, and it went pretty smoothly."

The offense moved pretty smoothly in the game, too, as the Lions gained 546 yards, an impressive total even with the extra period. Players and coaches downplayed the impact of the move on the offensive output, but Lombardi said he was more comfortable on the seventh floor at Ford Field.

"The biggest thing for me is it's less hectic," he said. "You don't have to feel the guys pouting if you're not throwing the ball to them, or whatever emotions are going on down there. You're just kind of away from them. It's a little quieter."

Lombardi said he was less exhausted after the game, too, due to the calmness of the environment compared to the field-level experience.

With the Lions using tablets to look at aerial views of the game between drives, Lombardi said there wasn't much benefit to him seeing things from a bird's-eye view. While he acknowledged it's possible to notice a weakness in the defense a play sooner, the extra knowledge can backfire as teams frequently alter their defensive calls.

After the game, coach Jim Caldwell declined to say why Week 6 was the right time to make the change.

Previously, Cooter was in the booth, and if Stafford needed to talk to him, they could talk on a headset or phone. Now, Stafford can communicate with Lombardi the same way while having more face time with Cooter.

Even though he wasn't on the field, Lombardi said the change didn't slow any communication.

"It went well," he said. "Probably should've done it earlier maybe, but again, I don't think that was a huge factor in us playing better or scoring more points. It's really just a personal preference."