Kicker Matt Prater was not on the field during the brief portion of practice open to the media. 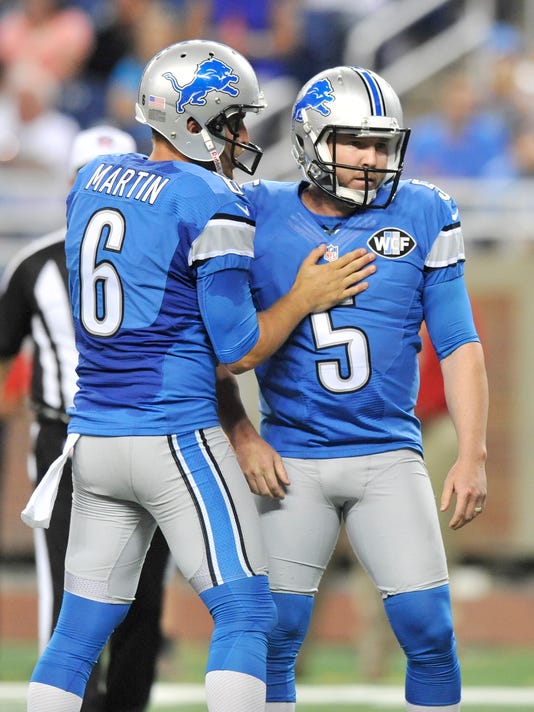 Allen Park — Kicker Matt Prater was a surprise absence from Lions practice due to illness Monday.

Otherwise, the Lions looked much healthier Monday than they were for Sunday’s practice.

Wide receiver Calvin Johnson, safety Glover Quin and defensive tackle Caraun Reid all returned to practice Monday after sitting out the day before due to ankle injuries, though they were limited.

Besides Prater, wide receiver Lance Moore was the only player missing during the open portion. He suffered an ankle injury on Thanksgiving.

Guard Larry Warford (concussion) was a full participant Monday, which is a good sign considering he suffered the brain injury Thursday. Defensive tackle Gabe Wright (ankle) practiced in full, too.