Quinn: Lions ‘better all the way around’ with his moves

Bob Quinn said Calvin Johnson can’t be replaced, though he was glad to add receivers Marvin Jones and Jeremy Kerley.

Quinn: Lions ‘better all the way around’ with his moves 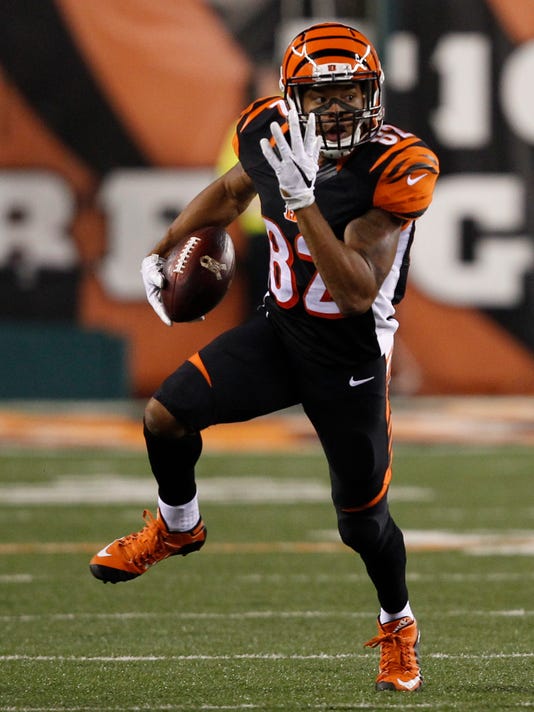 Boca Raton, Fla. — The Lions signed just one marquee free agent from a different team since the new league year began two weeks ago, but general manager Bob Quinn said Tuesday he thinks the roster is better now than when he took over in January.

“I think it’s better all the way around,” he said. “I really do. There’s certain positions that we need to do some more work and we’re working toward those, but I think the overall depth of the team is better.”

Obviously, losing wide receiver Calvin Johnson to retirement is a blow to the roster, and Quinn said Johnson can’t be replaced, though he was glad to add receivers Marvin Jones and Jeremy Kerley.

“Listen, no one’s going to replace Calvin Johnson,” he said. “I’ve said that, and I think everyone says that. So, it’s going to be a little bit of a different look offensively because we don’t have Calvin, but Calvin’s an iconic player. We all know that. So, I’m not saying it’s one person that’s going to go in and replace that. That’s unrealistic. But, I feel like we have a good core group of guys from not just the receivers, but the tight ends and the backs that are going to contribute to the offense.”

Jones was the Lions’ top-free agent acquisition, signing him to a five-year, $40 million deal as soon as the new league year started. The other additions include Kerley, cornerback Johnson Bademosi, safeties Rafael Bush and Tavon Wilson, and defensive tackle Stefan Charles.

“I don’t think we’re done yet,” Quinn said, adding that the Lions will add someone to help the team when the opportunity arises.

The Lions showed some interest in other top-tier free agents, including left tackle Russell Okung and safety George Iloka, but Quinn said the price wasn’t right for some of the marquee players available.

“It’s one of those situations where you look at the free-agent list, and the value that I placed and that the Lions placed on players wasn’t quite where it was league-wide on some players,” he said. “That’s how free agency is. So, there’s other ways to build the team, and I’m used to doing that from where I came from, so I’m really not concerned about it.

“You can’t fill every need in free agency. We’re not playing a game for another five months, so until that time comes, we have plenty of time to improve our roster.”

Ex-coach: Marvin Jones wants to be a No. 1 receiver

Lions president Rod Wood said last month that the team hoped to improve the offensive line, but there have been no additions to that group yet besides the signing of offensive tackle Lamar Holmes, which preceded Wood’s comments on Detroit Sports 105.1 (WMGC-FM).

Quinn said the Lions aren’t just looking at players to help the offensive line, though.

“You name the position, I’m trying to upgrade it,” he said. “Does one take a priority over another? At some point in time, yes, but right now I’m kind of taking everything as it comes.”

Quinn thinks the moves so far have improved the Lions’ overall depth. Players like Bademosi should help on special teams, too.