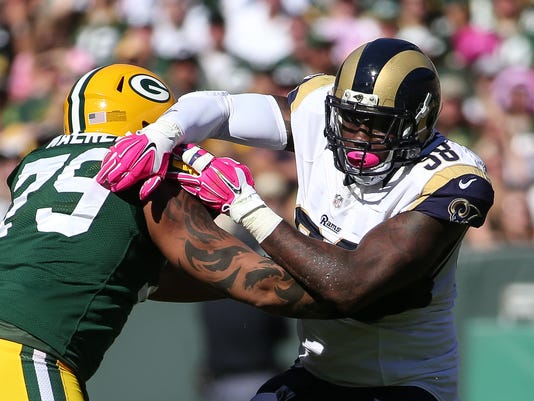 The 6-foot-4, 308-pound Fairley is a former Auburn star and a 2011 first-round draft choice by the Lions, but was limited by foot and shoulder injuries in his first two seasons.

He spent 2015 with the Rams, playing in 15 games as a reserve. He was credited with 29 solo or assisted tackles last season, along with half a sack and a fumble recovery.

In five NFL seasons, he has been credited with 14 sacks, four forced fumbles and four fumble recoveries.

Fairley was a key member of Auburn’s 2010 national championship squad, racking up a school-record 11.5 sacks that season.