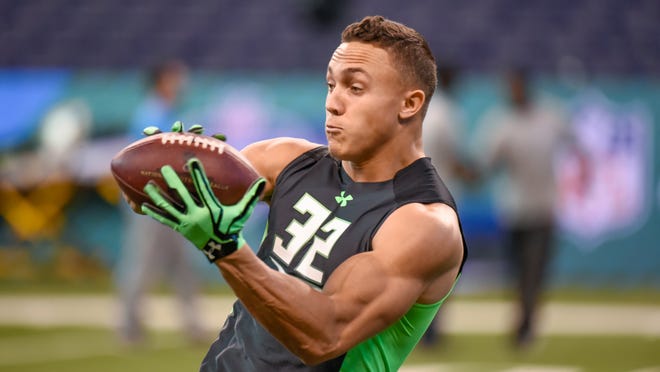 Allen Park — Antwione Williams was doing some chores at his parents’ house during the NFL draft on Saturday.

“I was actually installing a dishwasher at the time when Detroit called and I stopped what I was doing and answered the phone,” he said.

And with the 169th overall pick in the fifth round, the Lions selected Williams, a productive linebacker from Georgia Southern. Next week, he might be the one providing the new appliances.

For this weekend, though, Williams is still being handy.

“They got instructions,” he said, jokingly.

Williams said he played all three linebacker spots in the Eagles’ 4-3 defense, and the personnel staff must view Williams as a versatile linebacker prospect. His all-around statistical contributions indicate an ability to rush and cover, traits the team is looking for at the strong-side spot that will be hotly contested in training camp.

The Lions project to have DeAndre Levy on the weak side and Tahir Whitehead in the middle. Josh Bynes and Kyle Van Noy were the top candidates for the strong side heading into the draft.