Laurinaitis, an eight-year veteran, was recently waived off injured reserve by the New Orleans Saints. 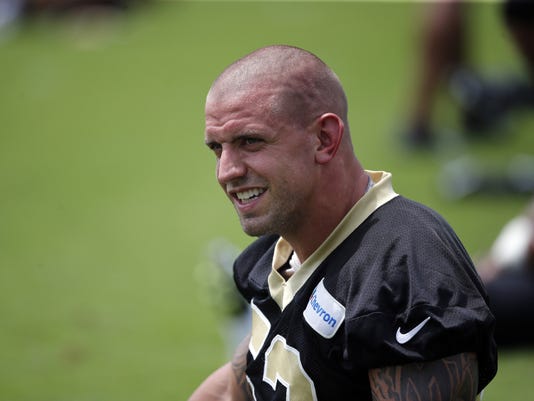 Allen Park — The Lions' defense has been performing better in recent weeks, but the team is still getting inconsistent play from its linebackers. Even with DeAndre Levy seemingly nearing a return, the team is bringing in veteran James Laurinaitis for a workout on Monday, ESPN reported.

Laurinaitis, an eight-year veteran, was recently waived off injured reserve by the New Orleans Saints. He had appeared in five games this season, his first with the franchise, recording 17 tackles. He spent the previous seven seasons with the Rams, who drafted him in the second round of the 2009 draft.

Prior to this recent stint on injured reserve for a quad injury, Laurinaitis had never missed a start. He recorded more than 100 tackles each season with the Rams, but saw his production decline the past three years. The 6-foot-2, 248-pounder racked up 142 tackles in 2012, but saw that dip to 109 last season, including a career-low 61 solo stops.