After hosting Jonathan Stewart, DeMarco Murray and Frank Gore, the Lions have lined up a Friday visit with LeGarrette Blount, according to ESPN. 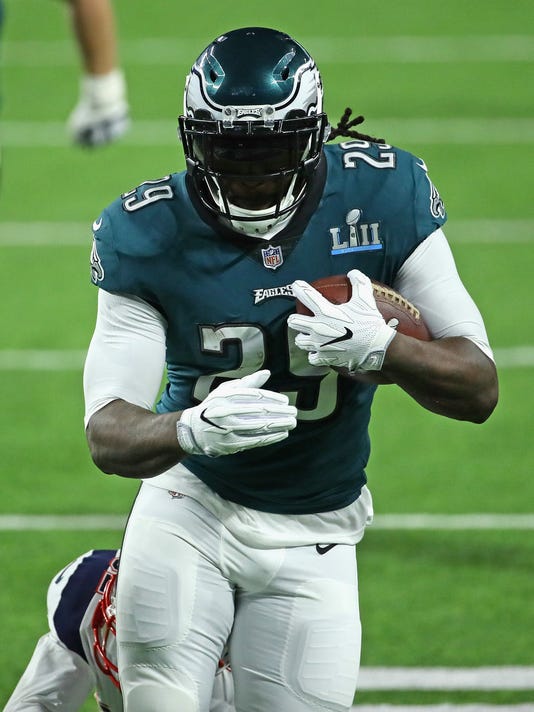 If you’re a free agent running back 30 or older, odds are, the Detroit Lions would like to talk to you.

After hosting Jonathan Stewart, DeMarco Murray and Frank Gore, the Lions have lined up a Friday visit with LeGarrette Blount, according to ESPN.

Fresh off earning his third Super Bowl ring in four years, Blount, 31, is once again on the open market. The 6-foot, 250-pounder is one of the league’s most physically imposing north-south runners, averaging 4.4 yards on 173 attempts for the Eagles last season.

There are obvious connections to the Lions. General manager Bob Quinn was head of the pro personnel department when the Patriots traded for Blount in 2013 and re-signed him again in 2014, after he was released by the Pittsburgh Steelers.

It does beg the question why the Lions didn’t show more interest in Blount the past two years, when the hulking back struggled to find a significant offer as a free agent and settled for a pair of one-year deals costing around $1 million each.

The Lions are in desperate need of a back capable of consistently converting short-yardage situations, particularly on third (and fourth) down. The team ranked last in this area last year, converting 27 percent of the time.

Gore, who turns 35 next month, continues to be one of the NFL’s best when his team needs a first down. On 10 attempts on third or fourth down last season, when the Colts needed two or fewer yards, he converted nine times.

Blount was successful five of nine tries for the Eagles (56 percent) and Murray converted two of his four chances, ceding most of the short-yardage work to Derrick Henry in Tennessee. Murray was 10 of 16 in 2016.