Matt Patricia and RPI teammate Greg Dietrich were charged and jailed, but not tried or convicted, in an alleged 1996 aggravated sexual assault. 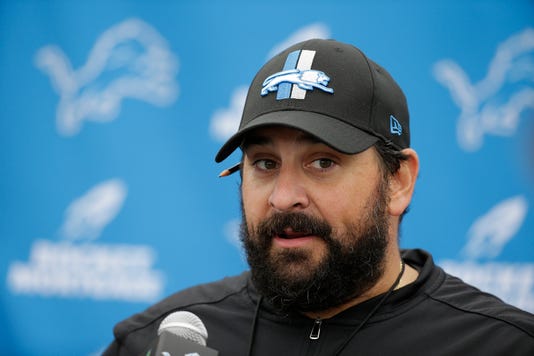 Detroit Lions coach Matt Patricia spent 20 hours in jail after his arrest in connection with a sexual assault during a spring break trip in 1996, according to records released Monday by the city of South Padre Island.

Patricia also was photographed and fingerprinted, and the prints submitted to the FBI, according to the records, which were released after a review by the Texas Attorney General's Office.

The jail booking documents provide little additional insight into Patricia's grand jury indictment for aggravated sexual assault of a 21-year-old college student who also was on spring break in south Texas. Patricia and his Rensselaer Polytechnic Institute teammate Greg Dietrich were arrested, charged and jailed, but were not tried and not convicted. The woman declined to testify at trial and the charges were dropped.

The woman told police that she was sleeping in a hotel room on that Friday evening when the two men, whom she had met earlier, entered and took turns assaulting her. The woman did not respond to several attempts to contact her earlier this year.

Patricia, responding to a story about the indictment in The Detroit News, proclaimed his innocence.

Lions team president Rod Wood said that although he was not aware of the felony charge when he hired Patricia in February, he supported Patricia with "1,000-percent certainty."

The information was released by South Padre Island in response to a request for release of the public records by The News and other media outlets.