Working on an assembly line out of high school, Sylvester Williams overcame his self-inflicted issues to carve an unlikely path to the NFL. 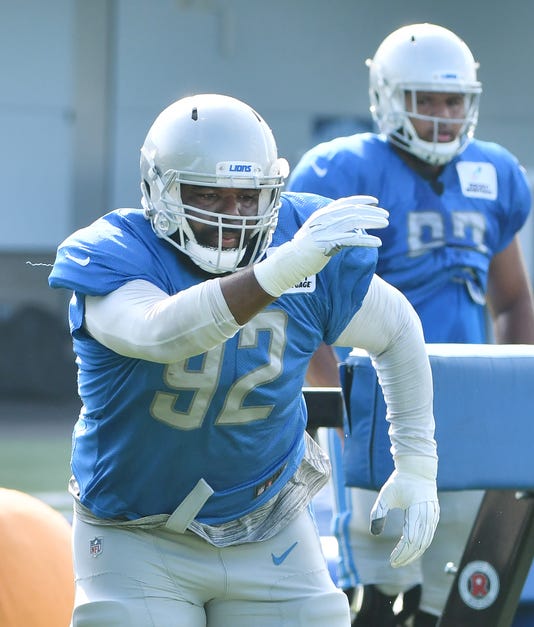 Allen Park -- Detroit’s blue-collar work ethic is the city’s defining and noble trait. For years, local professional athletes have understood this and embraced it, but few have actually lived it.

For six months after finishing high school, he worked the assembly line at a Modine Manufacturing plant, piecing together radiators in his home state of Missouri. It was a good job that paid well, and his co-workers were good people, but Williams would look around and see guys who had been at the job for 30 or more years and he realized he wanted more from life.

“I just decided I wanted to go a different direction with my life,” Williams said. “Obviously, I have a lot of respect for those guys. I made good money, and they did, too, but I just had different plans for myself. I wanted to kind of elevate myself to be in a higher position, which is why I went back to school.”

More: 8 Lions to watch against the Tampa Bay Bucs

That was the second, and final reminder Williams needed.

The first was seeing his father cry two years earlier.

As a sophomore at Jefferson City (Mo.) High School, Williams was more interested in playing basketball with his friends than class. He had major attendance issues and was ultimately given the boot by his high school.

Williams’ father, Sylvester Williams Sr., broke down when he found out. He wanted the best for his four children and understood the lack of a high school education would close a lot of life’s doors.

Those tears pushed Williams back on track, it propelled him to the high school diploma and that job at Modine Manufacturing. And if that was the end of the story, it was still much better than what could have been. 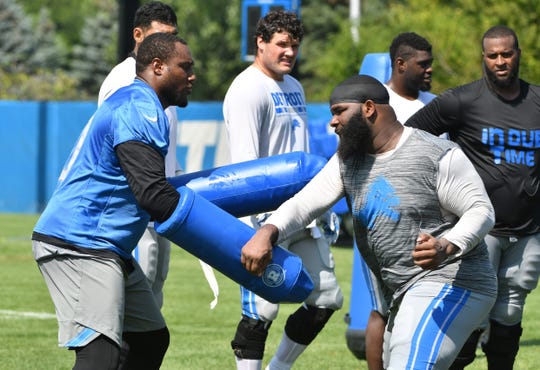 But Williams' appetite for more grew on the assembly line.

Williams was an average high school football player -- first picking it up when he returned to school and serving as a backup defensive lineman as a senior -- but he was unusually big and athletic. Watching college football on Saturdays with his father, Williams was convinced he could compete at that level if he applied himself.

So with the help of his father and high school basketball coach and mentor Andre Salmon, Williams began attending Coffeyville Community College, four hours from home, where his 350-pound-plus frame was enough to get him an opportunity to walk on as a member of the football team.

That’s all Williams needed. After allowing life's opportunities slip by without a care when he was younger, he was determined he would no longer be outworked in pursuit of his goals.

Two years later, Williams was a dominant force on the junior college circuit. That led to a scholarship offer to the University of North Carolina, where he earned All-American honors in 2012 and was a first-round draft pick by the Denver Broncos the next year.

More: Banged-up T.J. Lang confident he can be ready for Lions in Week 1

When Williams left his manufacturing job to go back to college, football was a pipe dream meant to support the real goal, getting a college degree. He wanted to be an engineer, or maybe own a car repair business with his father and brother, but his success on the gridiron offered a far more lucrative opportunity.

Still, Williams made good on his initial goal, earning a communications degree from North Carolina.

Before he passed away in February 2017, Williams’ father, who had cried when his aimless son had been kicked out of high school, saw him finish college and hear his name called by commissioner Roger Goodell at the NFL draft.

“He was very proud and I was happy he got to see me make it,” Williams said.

Naturally, Williams is a source of inspiration. He says he’s convinced a few of his high school friends to go back to school and make more of their lives.

“They saw what I did and they say, ‘Man, if Sly can make it, we can make it,’" Williams said. “I feel if can do it, anybody can do it. You might not necessarily be able to be an NFL player, but there’s success in going back to school and doing the right thing.”

Williams also continues to work with Salmon, who still teaches and coaches at Jefferson City High School, to motivate kids who might be heading down Williams’ original path.

“I feel like a lot of those kids, they don’t see the light at the end of the tunnel,” Williams said. “They’re living in those day-to-day moments and sometimes you have to pull back and think about the future.

“Any kid that’s struggling, (Salmon) brings them to me. I talk to them all the time and he tells me it turns those kids around. It’s good to see.”

Detroit is Williams’ third NFL stop. He’s arguably coming off his best season, at least according to analytics site Pro Football Focus. The Lions signed him to a one-year deal this offseason to fill the critical, run-stopping nose tackle role in the team’s new defensive scheme, being installed by first-year coach Matt Patricia.

So far this offseason, Williams has been everything the Lions had hoped.

“I think Sly has done an unbelievable job,” Patricia said. “Just in the initial meeting, talking to him about how much he loves football, he loves to compete, he loves to work hard, he loves to win, I think it’s a pretty easy match at that point to say,

“He’s really learned extremely fast, I would say, for a guy that maybe hasn’t been in our type of system before -- the techniques, the fundamentals, and just the intricacies of the communication that also goes on up front,” Patricia said. “So, I think it’s a good opportunity for some of the younger guys that we have to really take a look at him and follow his lead as a professional, and how he approaches everything, and how he’s bought in, and really improved. And we will just keep pushing it from that standpoint, but it’s been really good.”

The traits Williams lacked as a teenager are now those that define him. Whether he succeeds during his time in Detroit, it doesn't really matter, he's already a success. He wanted to make more of his life, he wanted to earn a degree, he wanted to outwork everyone to achieve those goals. He did all that, and at the very least, the Lions can be confident he'll give them everything he has as long as he's here.