Each Saturday during the college football season, we'll highlight five prospects with locally-televised matchups who could be a fit for the Detroit Lions in the 2019 NFL draft. 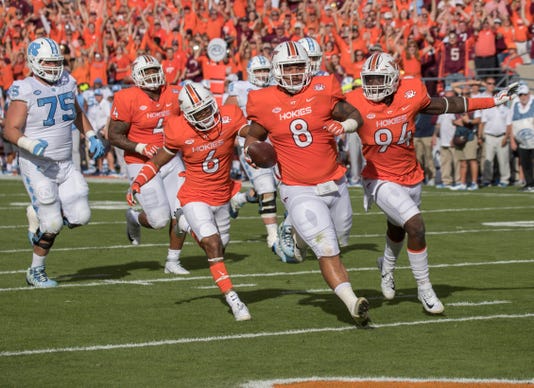 Allen Park — Each Saturday during the college football season, we'll highlight five prospects with locally televised matchups who could be a fit for the Detroit Lions in the 2019 NFL draft, based on projected needs.

Grab any preseason prospect list and you won’t have to scroll down far to find Gary’s name. He’s a consensus top-10 pick at this point of the process and the 6-foot-5 lineman had reportedly bulked up to 288 pounds in March. Odds are, he's probably packed on a few more in recent months.

Notre Dame lost two linemen to last year’s draft, a pair of first-rounders, but guard Alex Bars and center Sam Mustipher are solid blockers who should provide a stiff challenge for Gary on opening night.

More: Niyo: Lions need to be better than a work in progress

The Lions have invested plenty of resources into the offensive line the past three years, but at this rate, they’re going to need a replacement for T.J. Lang in 2019. The veteran guard has had durability issues and has a cap hit north of $11 million next season.

Pierschbacher, listed at 6-foot-4, 302 pounds, came to Tuscaloosa with a reputation for versatility, but has started all 42 games for the Tide at left guard. That changes this year when he shifts to center. That versatility and SEC experience are two traits that will appeal to general manager Bob Quinn.

With the success of Aaron Donald and Geno Atkins, the perception of what a defensive tackle needs to look like has changed. It’s OK to be undersized if you can consistently win with quickness and leverage.

Walker does exactly that. At 6-foot-2, 300 pounds, he racked up an impressive 32 pass-rush pressures from the inside last season. That helped him tally 4.5 sacks, while still showing steady ability as a run-stopper.

Bryant is currently pretty far off the radar and might still be come April given where he plays. He burst onto the scene for the Owls last season, catching 32 passes for 408 yards and five scores. More impressively, he did so without a single drop, highly unusual given his position.

The 6-foot-5 junior is listed at 240 pounds. Schools are often slow to update bios, but video evidence suggests he’s not much bigger than that. Like most college tight ends, he’ll need to bulk up to handle the blocking responsibilities that will be asked of him at the pro level. 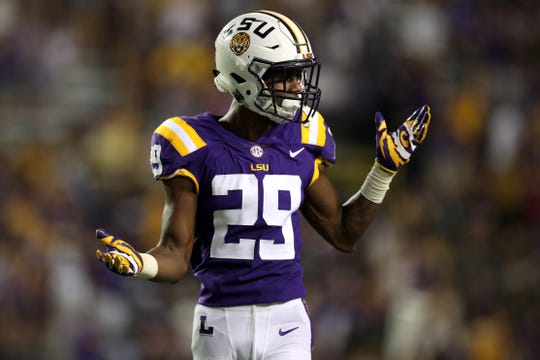 Maybe Teez Tabor will end up being the solution opposite Darius Slay, but so far, the former second-round pick out of Florida hasn’t shown he’s ready for that role. If the Lions are still lacking certainty at the end of this season, it wouldn’t be out of the realm of possibility they address the need early in the 2019 draft.

Williams figures to be one of top options, if not the top option in next year’s class. He’s tall and long, listed at 6-foot-3, and has already shown a knack for making plays, recording six interceptions as a sophomore last season. That earned him first-team All-SEC honors.

He draws a tough matchup in Week 1, lining up across from 6-foot-1 Miami receiver Ahmmon Richards, who is trending toward being a Day 2 selection next year.