Cre'von LeBlanc appeared in 28 games over the past two seasons, including 10 starts. He recorded 61 tackles, 13 pass breakups and two interceptions 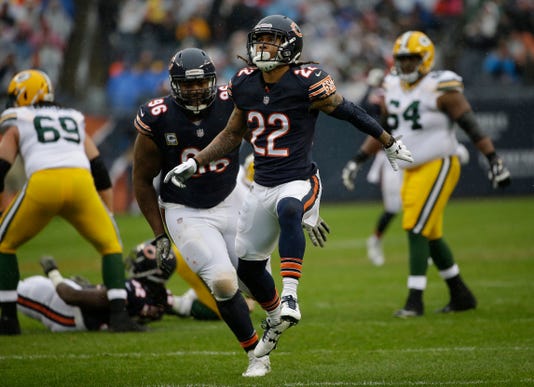 Cornerback Cre'von LeBlanc (22) has played in 28 games the past two seasons with the Chicago Bears, including 10 starts.(Photo: Nam Y. Huh, Associated Press)

LeBlanc was released by the Bears on Saturday, as part of the team's final cuts. Shortly after clearing waivers, he updated his Twitter and Instagram bios indicating he was joining the Lions.

A source familiar with the negotiations confirmed LeBlanc will be on the practice squad, not the 53-man roster.

Undrafted out of Florida Atlantic in 2016, LeBlanc spent his first offseason with the New England Patriots, where Lions coach Matt Patricia served as defensive coordinator.

Picked up by the Bears after he was cut by the Patriots, LeBlanc appeared in 28 games over the past two seasons, including 10 starts. He recorded 61 tackles, 13 pass breakups and two interceptions, including a pick-six off Lions quarterback Matthew Stafford.