Outside of a couple players lost to injury during the offseason, the Lions are at full strength heading into the season-opener against the Jets. 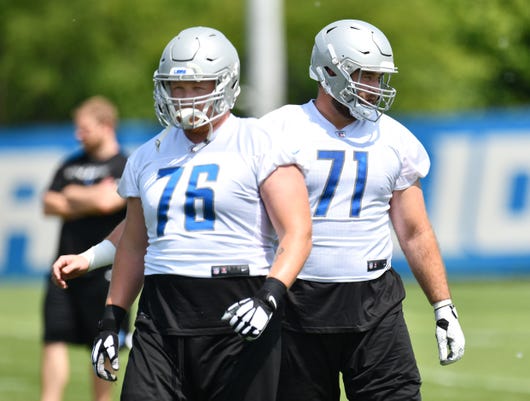 Allen Park — The Detroit Lions' first injury report of the season couldn't look any better. The page is blank.

Outside of a couple players lost to injury during the offseason — fullback Nick Bawden and linebacker Steve Longa — the Lions are at full strength heading into the season-opener against the New York Jets on Monday night.

The absence of veterans Ziggy Ansah and T.J. Lang from the report alleviates lingering concerns about both players. Ansah, who began training camp on the physically unable to perform list, has been drawing rave reviews from teammates and coaches for the way he's been moving on the practice field.

"Let me say this, happy that since he’s been back he’s been really practicing full speed," defensive coordinator Paul Pasqualoni said this week. "No lingering effects."

Lang, who didn't see any playing time during the preseason while nursing a lower-leg injury, had said last month he believed he would be ready for Week 1.

“I’m just kind of being cautious right now with the training staff — trainers, doctors,” Lang said. “My plan this year, right now, is take it day by day, get healthy and do my best to be out there for Week 1, which I think is definitely the goal right now.”

Lang missed three games last season, his first with the Lions, and battled through a variety of injuries the weeks he did play.

Detroit's Week 1 opponent, the New York Jets, aren't in as good of shape. The team listed 12 players on its Thursday injury report, including two who were limited and three who were completely held out of participating.

The Jets were without defensive back Marcus Maye (foot), linebacker Josh Martin (concussion) and wide receiver Jermaine Kearse (abdomen) for the practice.