Justin Rogers, John Niyo and Bob Wojnowski of The Detroit News offer their predictions on the outcome of Sunday’s game. 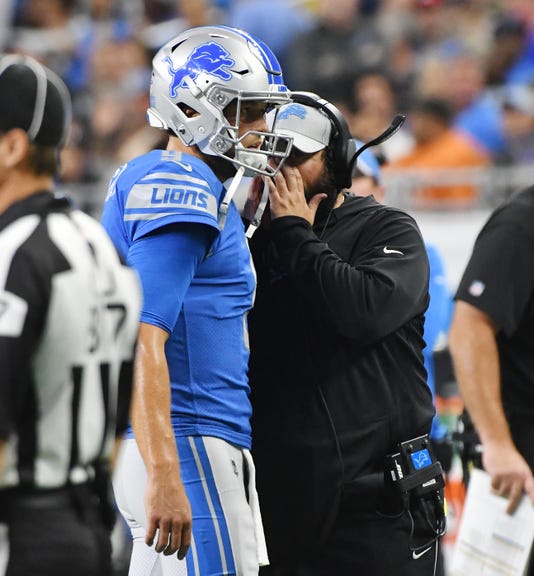 Justin Rogers, John Niyo and Bob Wojnowski of The Detroit News offer their predictions on the outcome of Sunday’s Lions-Cowboys game at AT&T Stadium in Arlington, Texas. (1 p.m., Fox/760).

Justin Rogers: Some computer-based projection had these teams separated by one-thousandth of a point. I'll buy that. Momentum from last week, for both teams, is the only reason I'm giving the Lions an edge, but that doesn't mean I feel good about this prediction. Lions, 23-20

Bob Wojnowski: The Lions were a desperate home team last week, and it showed. The 1-2 Cowboys are a desperate home team this week, and under pressure to show it. Their defense is legitimate, and so is running back Ezekiel Elliott. It’ll be up to the Lions’ surprisingly effective pass rush to stymie Dak Prescott. They’ll handle him sufficiently, but Elliott will find holes behind Dallas’ imposing offensive line. Pick: Cowboys, 20-13

John Niyo: The Patriots lacked receiving threats, but at least they had Tom Brady. The Cowboys don't have that option. They do have Ezekiel Elliott, though, and maybe some more option plays involving Dak Prescott. But that's still not enough if the Lions' offensive line can keep Matthew Stafford clean. Lions, 24-20

View from the other side: Lions vs. Cowboys