Justin Rogers, John Niyo and Bob Wojnowski of The Detroit News offer their predictions on the outcome of Sunday’s Lions-Dolphins game at Hard Rock Stadium in Miami Gardens, Fla. 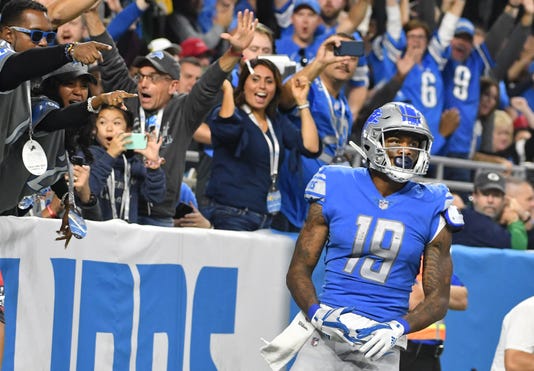 ►Justin Rogers: The benefits of the early bye should pay dividends this week, with the return of Ziggy Ansah and T.J. Lang to the lineup. Miami, meanwhile, will be playing with a historically erratic backup quarterback. Las Vegas is smarter than me and they have the Lions favored, despite the Dolphins' perfect record at home. With that in mind ... Lions, 24-20

More: Lions' conditioning to be put to test in sweltering Miami heat

More: View from the other side: Lions at Dolphins

►John Niyo: The Dolphins aren't much to look at, and that won't change with Brock Osweiler filling in at quarterback again this week. But the statistic that stands out is the reason Miami is sitting at 4-2 and on the margins in the AFC playoff picture. They've snagged a league-best 11 interceptions and won close games by winning the battle of field position with turnovers and terrific special-teams play.  The Lions have done a good job hanging on to the football since the opener. Lions, 24-20

►Bob Wojnowski: The Dolphins may be 4-2 and unbeaten at home, but they don’t scare anyone. OK, they scared the Bears last week, winning in overtime, but backup QB Brock Osweiler isn’t duplicating that 380-yard performance. Frank Gore is an ageless wonder, and against the Lions’ weak run defense, he could do damage. But the Lions’ run-pass balance should keep improving, and as long as Kerryon Johnson’s ankle is fine, this is a game they should win. Lions, 26-20