Lang is set to return to action after suffering a concussion in Week 4.

Justin Rogers and John Niyo break down the Lions' upcoming matchup with the Dolphins. The Detroit News 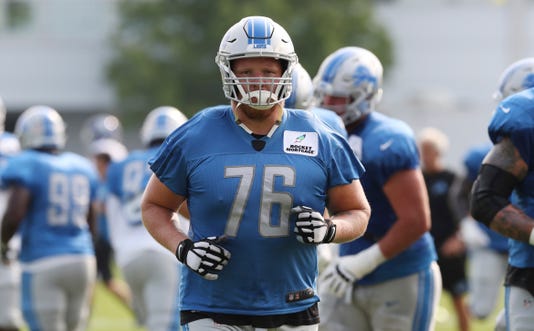 Miami Gardens, Fla. -- The Detroit Lions will have their starting offensive line back in place against the Miami Dolphins after the team announced T.J. Lang is active for the contest Sunday.

Lang returns to action after suffering a concussion in Week 4. He cleared protocol earlier this week, but had been listed as questionable on Friday.

More: View from the other side: Lions at Dolphins

Riddick had been ruled out on Friday, while the team announced Ansah was downgraded from questionable to out Saturday afternoon. This marks the fifth straight game the former Pro Bowler has missed.

The most notable scratch for the Dolphins is wide receiver DeVante Parker. The former first-round pick was a full participant during the week of practice, and played last week against the Bears, but had been questionable with a lingering quad injury.