Each Saturday during the college football season, we'll highlight five prospects with locally televised matchups who could be a fit for the Lions.

Justin Rogers and Bob Wojnowski discuss the Detroit Lions' addition of Damon "Snacks" Harrison and the upcoming game with the Seattle Seahawks. The Detroit News 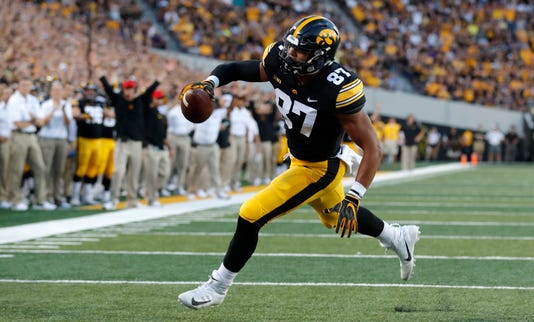 Allen Park — Each Saturday during the college football season, we'll highlight five prospects with locally televised matchups who could be a fit for the Detroit Lions in the 2019 NFL Draft, based on projected needs.

Now that the Lions added defensive tackle Damon Harrison, the team has a bit more flexibility heading into the offseason. While addressing the defense in the first round still seems most likely, addressing one of the team's top offensive concerns can't be dismissed.

Lions fans would likely scoff at taking a tight end in the first round. They've been down that road and didn't like the results, but Fant is the consensus top option in this class and would unquestionably make Detroit's offense better.

An elite athlete, Fant has the makings of a seam-stretcher who would present all kinds of matchup issues, especially in the red zone. His hands can be shaky at times (don't pull out all your hair at once), and he's not going to be an elite in-line blocker, but with 17 touchdowns over the past 19 games, you're going to get plenty of bang for your buck.

In his three seasons with the Hurricanes, Jackson has shown steady improvement. At 6-foot-5, 258 pounds, with long limbs, he possesses a good build to play the edge in Detroit's scheme.

Jackson has averaged nearly a tackle for a loss per game during his time with the Hurricanes and possess a nice combination of power and athleticism off the edge. The pass-rush repertoire is still a work in progress, but you put faith in defensive line coach Bo Davis to unlock that potential, similar to the way he's done with Da'Shawn Hand.

More: This week’s football on TV 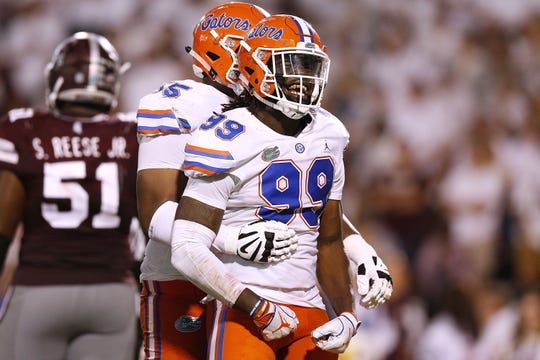 After bouncing inside as an emergency fill-in earlier in his college career, Polite has found a permanent home on the edge, where he's terrorized quarterbacks this season. Thanks to an extremely explosive first step, he's nearly doubled his sack total from the previous two seasons, bringing down opposing passers seven times in seven games. Looking at the tape, there are times he looks like he's been shot from a cannon, exploding into the backfield from a two-point stance before his linemates are even moving forward.

Polite's motivation is one of the purest there can be. Look no further than his Twitter handle, "@RetireMoms," to know what drives the 6-foot-2, 245-pounder.

Meyers is not your prototypical slot receiver at 6-foot-2 and 203 pounds, but that hasn't slowed him from consistently making an impact from the inside positioning. The former quarterback is racking up the catches this year, hauling in 38 balls in five games (he missed a couple due to a leg injury).

He is highly efficient, rarely letting a target his direction hit the turf. And with that frame, there's some intriguing potential as a blocker. The Lions like to motion their slot receiver inside to dig out a safety and Meyers has the size to do it.

At least every other week we've thrown a hog on this list, because we remain skeptical about T.J. Lang's long-term future with the Lions, for both financial and health reasons.

Deiter is a big boy (6-5, 321 pounds) and he brings all kinds of versatility to the table, having played center, guard and tackle for the Badgers. Without question, he has the power to hold his ground against the strongest interior defenders. The one concern, at his size, is whether he's quick enough for Detroit's scheme, which incorporates a healthy number of pulls and requires linemen to be able to routinely get into the second level.