Justin Rogers, John Niyo and Bob Wojnowski of The Detroit News offer their predictions on the outcome of Sunday’s Lions vs. Panthers game.

Justin Rogers and John Niyo discuss the Lions' three-game losing streak and the team's chances of snapping it at home against Carolina. The Detroit News 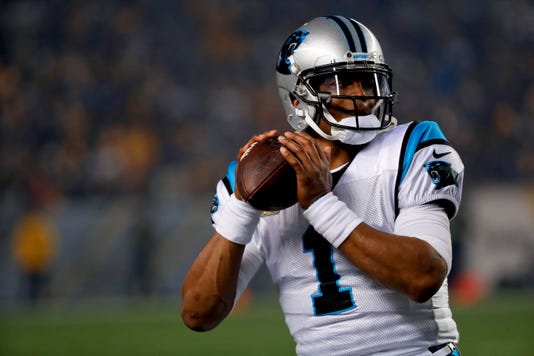 Justin Rogers, John Niyo and Bob Wojnowski of The Detroit News offer their predictions on the outcome of Sunday’s Lions vs. Panthers game at Ford Field (1 p.m., Fox/760).

Justin Rogers: If it ain't broke, don't fix it. In this case, it's broke and I see no reason to change the way I'm picking these games until the Lions can prove they've gotten out of their dismal funk. Panthers, 27-17

John Niyo: The Panthers haven’t fared all that well as road favorites. But the Lions’ defense has been pretty forgiving at home or on the road the last few weeks. So this feels like a game where last possession wins. Panthers, 31-27

Bob Wojnowski: Not a good spot for the Lions. They’ve lost three straight and face an angry 6-3 Carolina coming off a 31-point loss to Pittsburgh. Cam Newton has been rolling, and again is the NFL’s most-prolific running quarterback. The Lions’ best hope is to possess the ball with Kerryon Johnson and the running game, and hope Matthew Stafford gets enough protection to emerge from his funk. As poorly as they’re playing, hard to see it happening. Panthers, 31-20

Lions rule out Marvin Jones, two others vs. Panthers

View from the other side: Lions vs. Panthers