Each Saturday during the college football season, we'll highlight five prospects with locally televised matchups who could be a fit for the Lions.

Justin Rogers and John Niyo discuss the Lions' upcoming game against the Rams and the depressing nature of covering meaningless football in December. The Detroit News 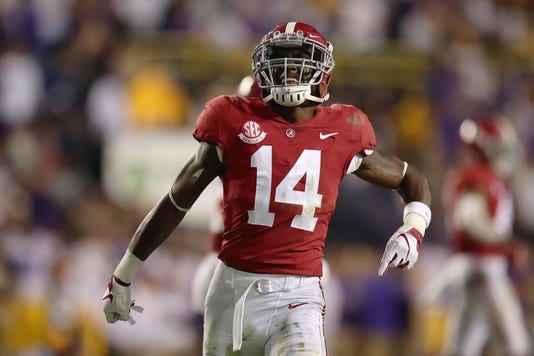 Allen Park — Each Saturday during the college football season, we'll highlight five prospects with locally-televised matchups who could be a fit for the Detroit Lions in the 2019 NFL Draft, based on projected needs.

Do the Lions need a safety? Maybe not, but if you believe in taking the best player available, Matt Patricia can definitely find a way to fit the 6-foot-2, 195-pound Thompson into the scheme.

Maybe that means moving Quandre Diggs back to a nickel role, or making Tracy Walker a matchup piece, but Thompson offers exceptional range and playmaking ability from the deep safety spot, assuming Detroit parts ways with Glover Quin this offseason.

An immediate contender for the all-name team, Fisher offers welcomed size and length in the second level. The heavy-hitting, 6-foot-4, 245-pounder has racked up more than 200 tackles the past two seasons, while intercepting two passes and forcing seven fumbles.

A plus run defender, Fisher's speed and ability to cover will determine how high he'll go in the draft and what kind of player he can be as a pro.

Wilkins probably would have been a first-round pick had he came out last year. The 309-pounder is something of a Swiss army knife up front, with the ability to play as a nose tackle, 3- or 5-technique. That would give him valuable versatility in Patricia's multiple-front defense.

Wilkins would provide immediate depth up front and give the Lions an insurance policy for A'Shawn Robinson, who will be entering the final year of his rookie contract.

The last cornerback the Lions took out of Texas turned out to be a pretty good find. Like Diggs, Boyd is a tough and physical defender in run support. The 6-footer also has some respectable ball skills, breaking up 29 passes the past two seasons.

Unfortunately, that hasn't translated to many turnovers. He's recorded only three interceptions during his four years with the Longhorns, including zero this season. 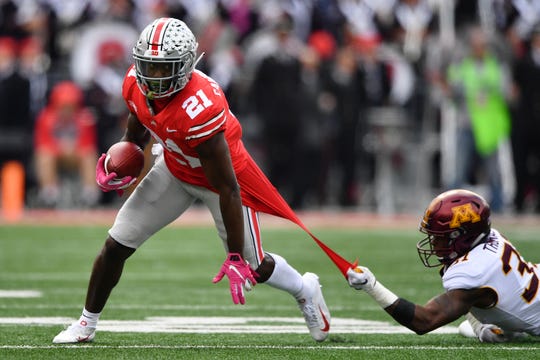 Campbell is the type of speedy playmaker the Lions have sorely lacked this season. In the running for the fastest player in this prospect class, he offers big-play potential every time he touches the ball. Michigan fans saw that last week.

Campbell reminds us a little of Percy Harvin, the former do-everything receiver out of Florida. Through 11 games this season, Campbell has 72 catches for 903 yards and 11 scores. He's also shown the ability to take handoffs and return kicks, making him an intriguing weapon for any offensive coordinator.