This will be the second Pro Bowl for long snapper Don Muhlbach, who also represented the Lions in 2012. 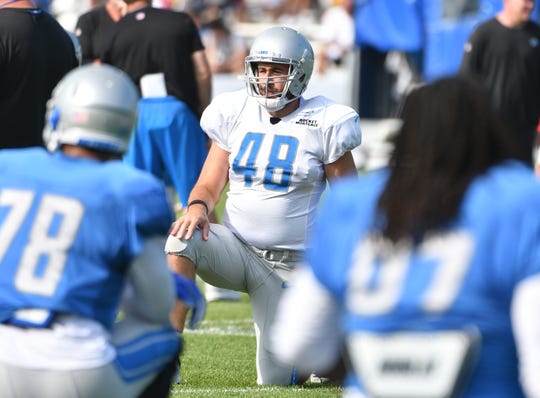 Allen Park — Detroit Lions long snapper Don Muhlbach has been named to the Pro Bowl. He was added to the roster by the Dallas Cowboys coaching staff, who are coaching the NFC squad.

This marks Muhlbach's second Pro Bowl appearance. He also represented the Lions in 2012. He joins cornerback Darius Slay as the team's representatives on this year's squad.

Muhlbach ranks second in Lions history with 228 career games played for the franchise and is tied for third with 14 seasons completed with the team.