The Lions are hiring Texans quarterback coach Sean Ryan to replace George Godsey, who is taking a job with the Miami Dolphins. 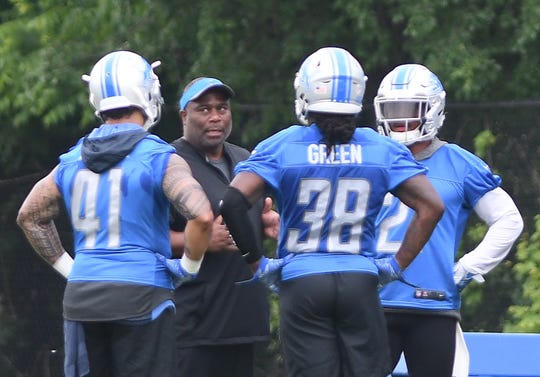 Allen Park — After one of the worst seasons of his career, Detroit Lions quarterback Matthew Stafford will have a new position coach next season.

George Godsey, who coached the Lions quarterbacks last season, is taking a job in Miami to coach the Dolphins tight ends. He will be replaced by Texans quarterbacks coach Sean Ryan.

A 20-year coaching veteran, Ryan has spent the past 10 working in the NFL. He's been employed by the Giants and Texans, splitting his time between coaching wide receivers and quarterbacks.

For the past two years, Ryan oversaw the development of Deshaun Watson, a first-round pick in 2017. A Pro Bowler in his second season, he completed 68.3 percent of his throws for 4,165 yards, 26 touchdowns, nine interceptions and a 103.1 passer rating.

Stafford is coming off a dismal year by his standards, throwing for 3,777 yards — his fewest in a full season — 21 touchdowns and 11 interceptions.

In addition to the switch at QB coach, the Lions will be in the market for a running backs coach after the team announced David Walker was stepping down from the role.

"I am at peace with my decision to step away from the coaching profession to pursue other opportunities," Walker said in a statement. "At this juncture of my life I realize that my family needs outweigh my desire to continue coaching football. I’ve appreciated my time working in Detroit and I wish the entire organization nothing but future success."

Walker was hired to the Lions staff in 2016 by Jim Caldwell. The two had previously worked together in Indianapolis from 2011-14. Walker was retained by Matt Patricia, who replaced Caldwell last year, and helped lead the Lions to their most productive rushing season in several years.