His agent, Drew Rosenhaus, told reporters at the NFL meetings in Phoenix on Monday about the doctors' recent clearance. 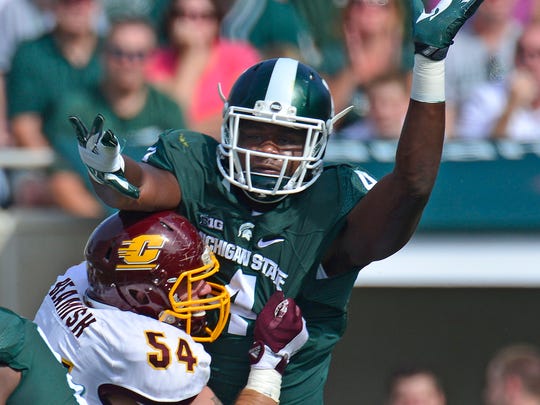 Former Michigan State defensive tackle Malik McDowell has been cleared by doctors to resume playing football, nearly two years after an ATV accident threatened to end his professional career before it even started.

His agent, Drew Rosenhaus, told reporters at the NFL meetings in Phoenix on Monday about the doctors' clearance.

McDowell was released by the team that drafted him, the Seattle Seahawks, earlier this month after the team tried and failed to get doctors' clearance.

“Unfortunately Malik got injured and it was a brain injury, a head injury,” Rosenhaus told reporters in Phoenix, according to the Seattle Times. “And the Seahawks, they did a wonderful job of exhaustively checking to see if they could get him cleared to play. Ultimately their doctors were not comfortable clearing him.

"He has since been cleared by independent doctors.”

Rosenhaus added he is "confident" McDowell will return and play this season. He cited the Dallas Cowboys as a possible landing spot.

McDowell, 22, a Detroit native, played three seasons at Michigan State before going pro. He was a second-round pick (35th overall) by the Seahawks, and signed a four-year, $6.95-million contract, with $4.4 million of that guaranteed.

Shortly before training camp, the ATV accident happened. He had been on the non-football injury list with the Seahawks.