Sock tip: Lions picking Iowa's T.J. Hockenson appeared to be in the cards

Sock tip: Lions picking Iowa's T.J. Hockenson appeared to be in the cards

Allen Park — The signs were there all night and maybe further back than that.

The NFL had a Plinko board set up on the red carpet at the NFL Draft Thursday evening. You know the one, the old "Price Is Right" game where you drop a puck down a pegged board, but instead of the slots at the bottom representing prizes to win, there was one for each of the league's 32 teams. 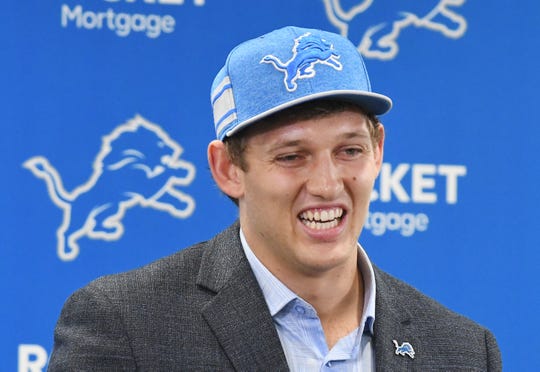 Hockenson shrugged and smiled as he released the disk, one that sported an exaggerated caricature with that smile. It bounded down the board, bounced hard off the New England Patriots logo on the bottom, left over the Green Bay Packers and came to rest in front of the Detroit Lions.

A couple hours later, the Lions made it a reality, selecting Hockenson with the No. 8 pick in the draft.

It felt like we should have known. Despite the franchise's best efforts to keep their interest hidden, both Lions general manager Bob Quinn and coach Matt Patricia spoke plainly about the value of tight end with Hockenson's skill set in the months leading up to the event.

And later it was revealed Hockenson was wearing socks with lions on them that read "King of the jungle." He had to know he was heading to Detroit, right?

"I did not know, I’ll be 100 percent honest with you," Hockenson said when he was introduced at the team's practice facility Friday afternoon. "Throughout the entire draft, you don’t know. Each pick comes in and you never know whose it’s going to be. There’s certain places that you may be able to go, but you never know.

"The sock choice was completely by coincidence," Hockenson said. "‘The Lion King’ has been my favorite movie ever since I was little. You know, Disney. So, I was like, ‘Let’s do it.’ It’s awesome. There’s a lot of signs that came to this with the drop of the puck, or whatever, and then the socks. All I had was blue (clothing), so I was meant to be here and I’m very excited to start this."

Born and raised in Chariton, Iowa, Hockenson developed into a first-round talent a little more than two hours down the road, at the University of Iowa. 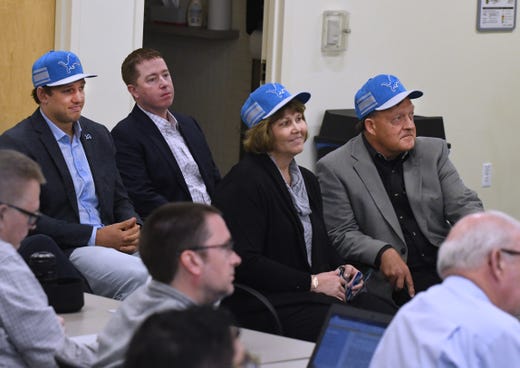 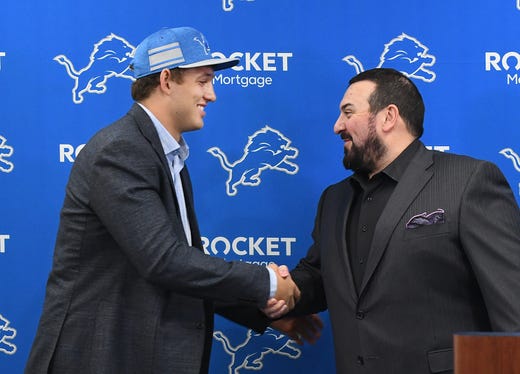 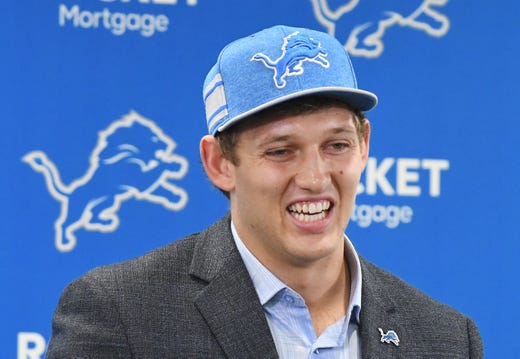 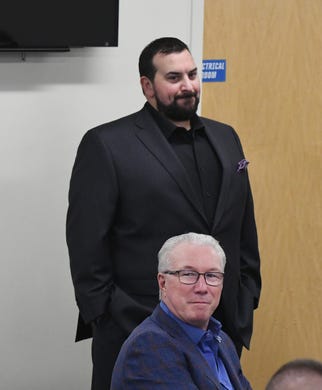 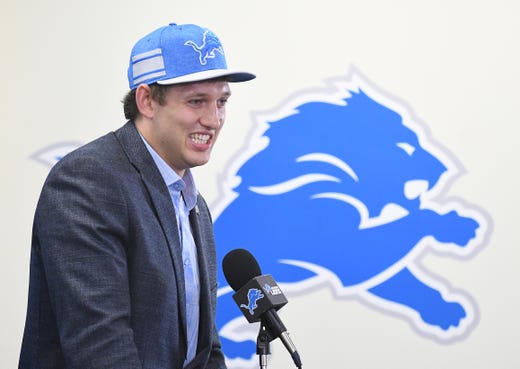 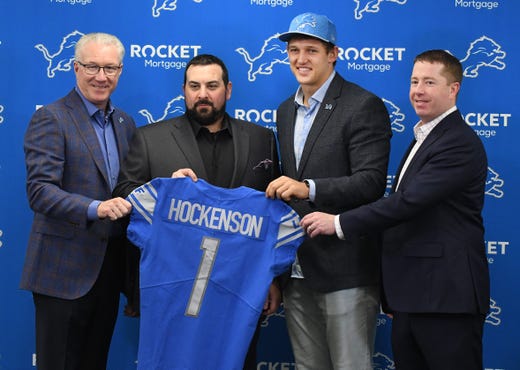 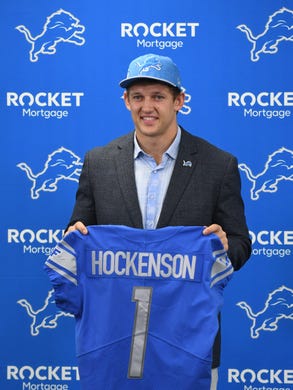 But, whether you want to believe it was fate or not, Detroit was often hovering the background of his life. As a youth baseball player, he played for the Tigers, where they wore an Old English D on their caps. And when he played hockey video games with his cousins growing up, Hockenson's team of choice was always the Red Wings.

"There’s been a few signs, that I’d say to this point," he said. "This city, this organization, I’ve heard nothing but great things."

Hockenson came to Iowa a 220-pound two-way player, setting receiving records while also playing defensive back. He redshirted as a freshman and packed on more than 30 pounds along the way. It was last season where everything came together and he was won the John Mackey award as the nation's best tight end.

"The University of Iowa prepared me tremendously for this next step, not only as a player, but as a person," Hockenson said. "Coach (Kirk) Ferentz and coach (Chris) Doyle, being there 20 years, that doesn’t happen by accident. That happens by hard work, work ethic. You know, all those people that just instilled so many things into you, and just being there for three years, that really changed my life. It changed my attitude toward the game. They’ve taught me so much scheme-wise, schematically. They’ve taught me how to play this game. I’m just looking forward to carrying that on throughout my career here and throughout this entire process."