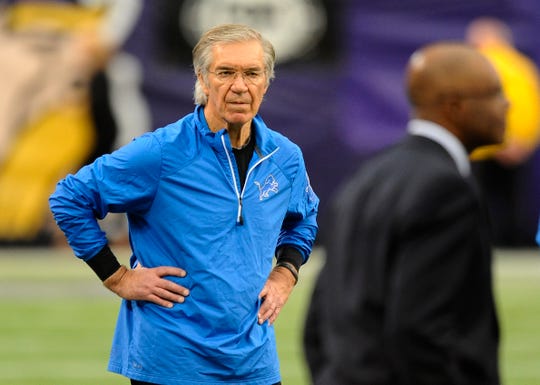 “Gunther Cunningham will forever be remembered as one of the great men of our game," the Lions said in a statement. "He left a lasting impact on every person who was fortunate enough to work alongside him during his more than 47 years as a coach — including 34 years in the National Football League, the final eight of which were spent here in Detroit. Our organization is truly honored and proud to have been included in his distinguished coaching legacy. We extend our heartfelt sympathies to his wife, René, and their entire family."

Cunningham was born in Munich, Germany, in 1946, shortly after the conclusion of World War II. He emigrated to the United States at the age of 10 and quickly found success on the football field, earning a scholarship to the University of Oregon out of high school as a linebacker and kicker.

After his playing days, he transitioned into coaching. Starting at Oregon, he spent 12 years in the college ranks, followed by a single season in the CFL, before a permanent move to the NFL.

During his more than three decades in the league, he rose to the rank of head coach with the Kansas City Chiefs in 1999, replacing former boss Marty Schottenheimer.

Cunningham came to Detroit as Jim Schwartz's defensive coordinator in 2009, one year after the franchise completed the first 0-16 season in NFL history.

Detroit's defense would finish in the top 10 in sacks each of the next two seasons, as the team made the postseason for the first time in a dozen years in 2011.

Cunningham remained with the Lions after Schwartz was fired at the end of the 2013 season, moving into a senior adviser on Jim Caldwell's staff for the next three years. Cunningham left the organization in March 2017 to join Pro Football Focus as the company's director of football oversight.

"The rare aspect of Gunther’s career is how this old school coach has embraced today’s data analytics," Pro Football Focus CEO/Owner and NBC Sunday Night Football color analyst Cris Collinsworth said at the time. "It is the blending of that traditional football acumen with modern technical expertise that makes Gunther such a perfect fit for PFF.”

Cunningham is survived  by his wife, Rene, their son, Adam, and daughter, Natalie Firman.