Retirement is suiting Glover Quin just fine. Thanks for asking. 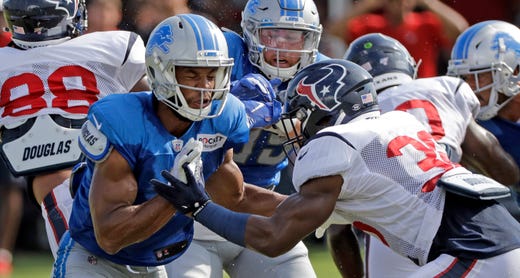 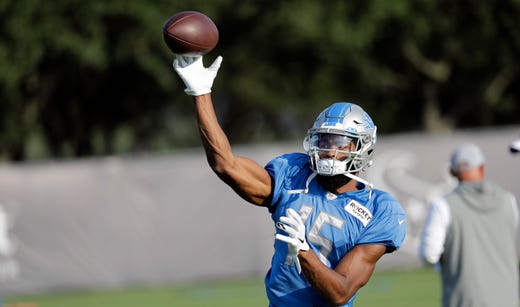 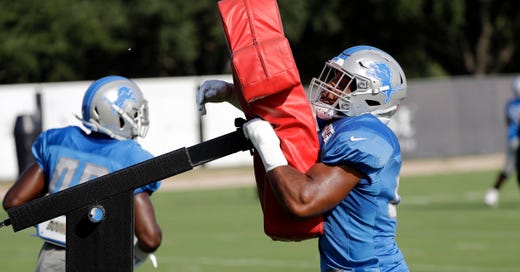 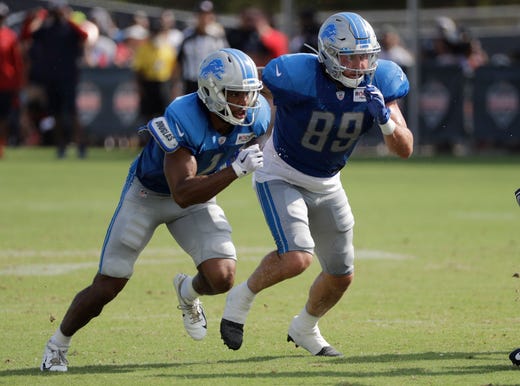 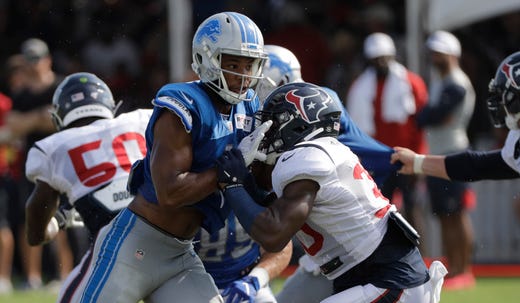 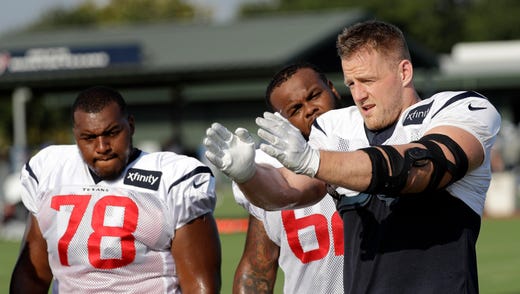 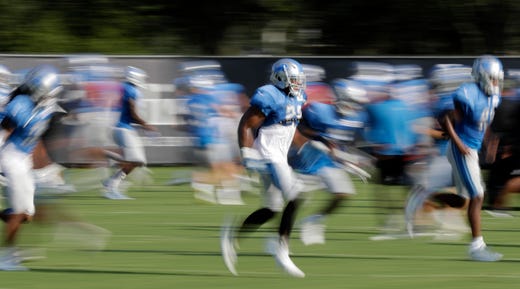 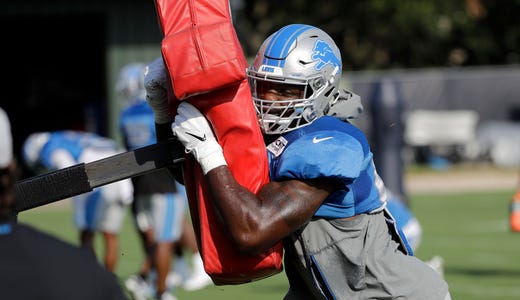 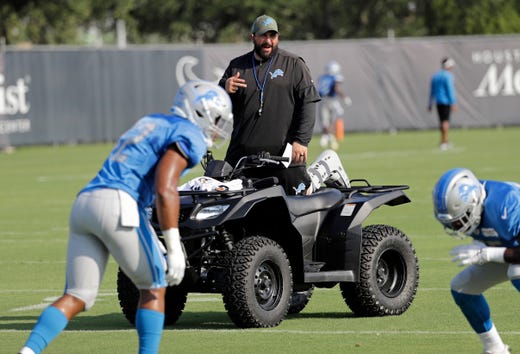 Accompanied by his two oldest sons, the former Detroit Lions safety dropped by to watch his two former teams taking part in a joint practice just outside NRG Sadrum, home of the Houston Texans.

After 10 seasons, which concluded with a streak of 147 consecutive starts, Quin opted to call it a career instead of starting fresh with a new franchise this offseason. It's hardly unusual for a player still capable of competing and contributing to get an itch to return once they're back in the environment, but not Quin. He's happily transitioned into life as a family man. 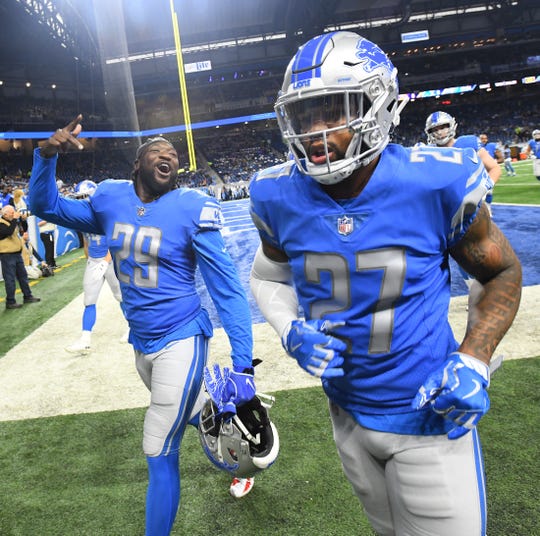 "I guess for me, I prepared myself for it," Quin said. "(Retirement) wasn't like something I didn't want or didn't think about. I wanted to play my time, then I wanted to be done. Now, when I come out there, I get to come out here and just be free, relax and I don't feel bad about myself.

Drafted by the Texans in 2009, Quin spent his first four seasons with the franchise before signing with the Lions as a free agent in 2013. While his career took him north, his wife and kids remained in Houston year-round.

"It was always tough being away, but this was the toughest time of year for us, August, training camp," he said. "For this to be the first time, in the month of August, we've been together as a family, for me, it's kind of cool."

When Lions players spotted Quin on Thursday, several, including cornerback Darius Slay, ran over to greet him between plays. Many more stopped by for hugs, laughs and conversations at the end of the day.

A popular locker room leader during his six years with the Lions, he played a key role in the development of the team's young defensive backs, including Slay, Quandre Diggs and Tracy Walker.

Slay said it was awesome to see Quin, but while he's missed not having his mentor in camp this year, the two communicate every day, whether via phone or text.

"Every dang day of the week," Slay said. "I miss him on the field, but his time his up. He's ready to hang them up, be a family man, be a coach and I'm with that. I'm proud of him. He had amazing career and when I'm done, I'll be the same way."

Quin has been keeping a low profile since stepping away from football, spending most of his time with the family, working out and dabbling in his hobby of shooting and editing videos, primarily of his kids' baseball games.

Quin's oldest son, 9-year-old Dacquan, recently asked dad to play tackle football. Quin, who didn't start playing until he was in seventh grade, thinks it's too early, but said he put his boys through a mini training camp recently, just to start teach them the basics, so they'll have a strong fundamental base once they're ready.

Beyond that, Quin hasn't thought about what's next for him in life. He said he wants to take at least a year off to relax. But now that he's hung up the cleats, he's finally allowed himself to reflect on what he accomplished during his 10-year NFL career.

"Obviously, I always think back to just being a kid and setting goal and then actually being able to look and say, 'Wow, I accomplished that goal,'" he said. "That's a huge thing. But when I retired, there was so much love from the fans, the people. It made me think about that's the reason why I played the game.

Quin played six seasons with the Lions, starting all 96 games. He intercepted 19 passes during that stretch, leading the league with seven during a Pro Bowl campaign in 2014.