Each week we'll be highlighting five prospects with locally-televised matchups who could be a fit for the Detroit Lions in the 2020 NFL Draft.

Allen Park — Each week during the college football season, we'll highlight five prospects with locally-televised matchups who could be a fit for the Detroit Lions in the 2020 NFL Draft, based on the team's projected needs.

Every week, the list will aim to highlight a variety of early-, mid- and late-round prospects. This will give you a chance to watch the players performing live, instead of playing catch-up the weeks before the draft.

With the way they've been playing to start the season, it's increasingly likely Epenesa will be off the board by the time the Lions are on the clock. But things can change, so we might as well get a look.

Coming out of Iowa, one of Detroit's favorite programs to pull NFL-ready talent, Epenesa is a bigger-framed defensive end, listed at 6-foot-6, 280 pounds. He has the length and strength to be an elite edge-setter against the run and his power can be impactful collapsing the pocket as a rusher.

Modeling his game after J.J. Watt, Epenesa has drawn Watt-like attention from blockers early this season, resulting in the production talking a hit. He has only 1.0 sack through four games after recording 10.5 a year ago. 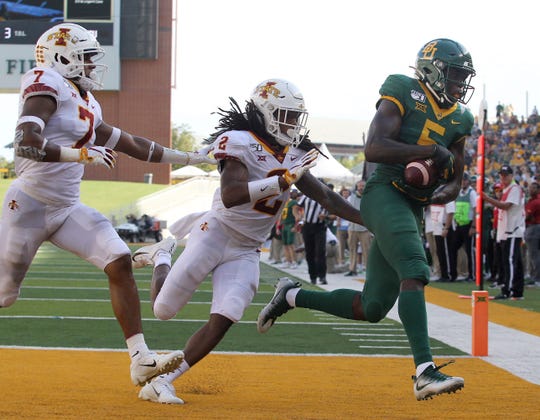 An under-the-radar receiving prospect, Mims' production, paired with his size, is generating some early-season buzz.

After averaging more than 900 yards and eight touchdowns the past two campaigns, he's taking his game to another level as a senior. Through the Bears first four outings, Mims already has 24 grabs for 355 yards and five scores.

At 6-foot-3 and 215 pounds with long arms, the frame will remind Lions fans of Kenny Golladay. Mims has a good feel for route running, and even when he doesn't get separation, he's shown the ability to make difficult catches in close quarters.

OK, we know, the last time the Lions drafted a corner out of the University of Florida, it didn't work out. This offseason, after two disappointing seasons, the team decided to move on from 2017 second-round pick Teez Tabor. But while general manager Bob Quinn needs to learn from that mistake, it can't prejudice him against a talent like Henderson.

Long and lanky, Henderson is listed at 6-foot-1, 182 pounds. He's going to need to bulk up at the next level, to better match up against physical NFL receivers, as well as help support the run. His man coverage experience figures to appeal to the Lions, and unlike Tabor, Henderson has jets. In high school, he ran the 100-meter dash in 10.4 seconds. When he runs the 40 at the combine next year, he should check in somewhere in the 4.3s.

Impressively, Henderson didn't allow a touchdown last season. He has shown a knack for getting the ball, picking off six passes the previous two years. He's yet to haul one in this season, in part because an ankle injury has limited him to two games.

While Epensa could find his way into the top-10, Thomas is in the conversation to be the first non-quarterback selected, depending on the needs of the teams at the top of the draft. Barring injury, Thomas projects to be the first offensive lineman off the board, and it isn't particularly close.

The frame is outstanding, with long arms and thickness throughout his lower body. Thomas' build is accentuated by top-tier athleticism and mobility in pass protection and strength to move defenders in the ground game.

It's a near certainty the Lions won't have a shot at Thomas unless they package some picks to move up to get him, but that's not something we should dismiss given the team's emphasis on the offensive line and the roster's overall depth. That opens a window to consider such a bold move. 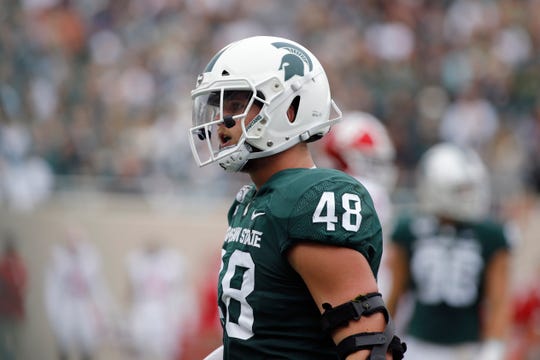 Another player returning from injury, Willekes suffered a broken leg in the Spartans' bowl game a season ago.

The former walk-on plays with relentless effort off the edge, racking up a huge number of quarterback pressures during his college career. He disrupted opposing quarterbacks a jaw-dropping 71 times last season, according to Pro Football Focus.

That hasn't always translated to big sack numbers for Willekes, peaking at 8.5 a year ago, but he makes plenty of plays in the backfield, recording nearly 40 tackles for loss during his time at Michigan State.