Well, Martha Ford quieted the buzz about the one compelling storyline left in the Lions’ season, announcing that Matt Patricia and Bob Quinn would return.

No doubt, Lions fans celebrated most of the week since, as their beloved coach and executive will be staying in the fold.

Maybe not, but it is nice to have some clarity, and is pleasant for weary journalists like our own Justin Rogers who might not want to deal with a coach and/or general manager after what has already been a long season.

So, what’s their left to watch for today as you try to avoid family during the holiday season. 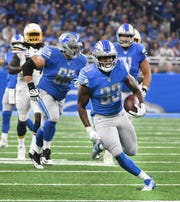 Lions running back Kerryon Johnson has been activated for Sunday's game against the Broncos. (Photo: Daniel Mears, Detroit News)

Oh, how we missed the Kerryon puns here in the newspaper business.

Many fans don’t understand why Lions running back Kerryon Johnson would return from injury for two meaningless games this season.

I get it, though. This guy has missed almost more football than he’s played through two seasons, and he must feel the footsteps of Bo Scarbrough on his heels.

Plus, Scarbrough is an Alabama alum. For a proud Auburn man, Johnson losing his job to an 'Bama guy would hurt extra. 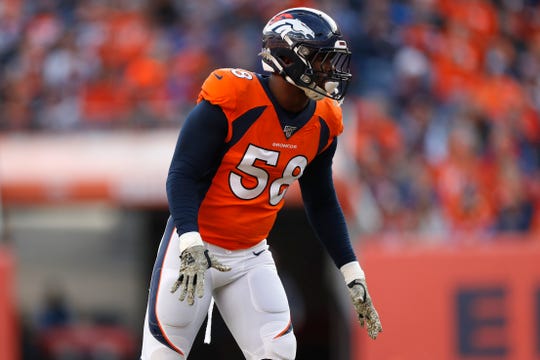 His test for Sunday is more like a rigorous final exam: Denver’s Von Miller.

With one sack, the former Super Bowl MVP will pass former teammate Elvis Dumervil for sole possession of 26th place on the NFL’s all-time sack list. 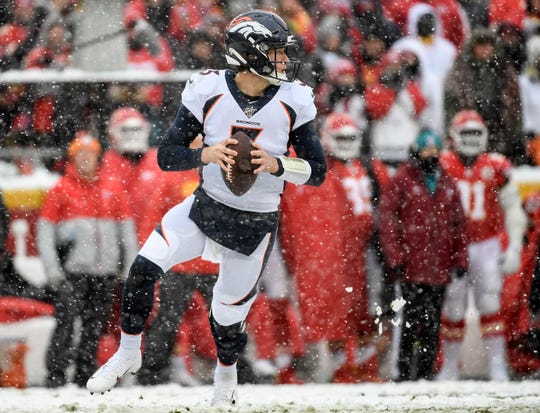 The Broncos drafted quarterback Drew Lock of Missouri in the second round, and he’ll make his fourth start on Sunday.

He’s been mediocre, then great, then bad in those three. The Lions’ defense should be a recipe for another big game and you should’ve picked him up for your fantasy football Super Bowl, to be honest. 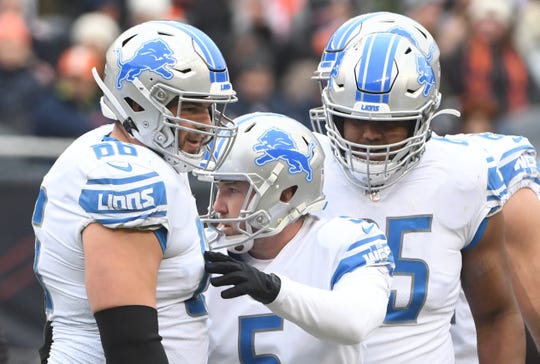 Kicker Matt Prater will play in Denver against the Broncos for the first time in his career, after playing eight seasons in the Mile High City.

The 35-year-old is fifth among active players with 1,340 points scored and has the best field goal percentage in Lions history (minimum 50 attempts), making 85.6 percent.

Prater set the NFL record for longest field goal with a 64-yarder in 2013.

The Lions, who are playing in Denver for the first time since 2011, should try to get him a chance to break it, because why not?

According to Adam Thompson of bookies.com, the Lions have covered the spread just once in its last nine games, the worst streak against oddsmaker expectations in the NFL.

They're 0-3 with David Blough under center, losing by an average of 12.7 points per game.

The Broncos are 5-2 ATS in their last seven and have covered four of their last five games following a loss. Denver was routed 23-3 by Kansas City last week.