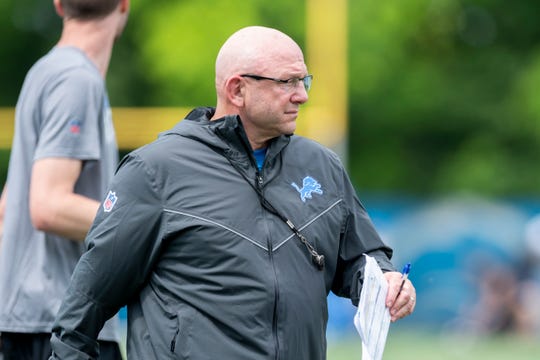 "These decisions are never easy and I’m thankful for the effort these men gave our team," Patricia said in a statement. "I will continue to evaluate our entire operation in the coming days and weeks and will always make decisions in the best interest of the team. I wish these coaches the best in their future endeavors."

At least for the moment, defensive coordinator Paul Pasqualoni remains in the fold for the Lions, but the changes made on Tuesday were hardly surprising.

On the defensive side of the ball, the Lions were one of the NFL's worst units, led by a disappointing secondary that struggled in coverage and produced the fewest interceptions in the NFL over the past two seasons, despite significant investments to the unit in both free agency and the draft.

In 2019, the Lions allowed a league-worst 284.4 yards per game through the air, while only three teams gave up more passing touchdowns.

In the middle of the defense, the Lions linebackers, particularly former first-rounder Jarrad Davis, haven't developed as expected, leading to Golden's exit. 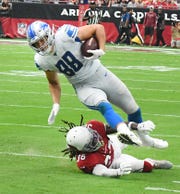 White was the only offensive assistant included in Tuesday's changes. His dismissal comes after two consecutive years of disappointing production from the tight end group, despite back-to-back overhauls to the room.

Even after signing Jesse James to a lucrative, multi-year contract in free agency and using the No. 8 pick on T.J. Hockenson, the Lions got fewer than 700 yards and just three touchdowns out of their tight ends in 2019.

Bonamego's departure means the Lions will have a third special teams coach in three seasons under Patricia. Detroit's special teams struggled with penalties, especially early in the season. Otherwise, the units were decent, finishing in the top-12 in kickoff returns, punt returns and punt return.

As for the strength and conditioning staff, the writing was on the wall after both Patricia and general manager Bob Quinn highlighted the number of injuries the Lions dealt with during the 2019 season, including 16 players finishing the year on injured reserve.

"We had a lot of injuries this year, and we have to look at that and see what happened there, and see where we can get better," Quinn said on Monday.