Thursday's NFL: Antonio Brown turns himself in at Florida jail

A warrant has been issued for the arrest of NFL wide receiver Antonio Brown following accusations that he and his trainer attacked another man near Brown’s Florida home.

Thursday's NFL: Antonio Brown turns himself in at Florida jail

Ft. Lauderdale, Fla. — NFL free agent Antonio Brown turned himself in at a Florida jail on Thursday night following accusations that he and his trainer attacked another man.

Brown (Central Michigan) arrived at Broward County Jail around 10 p.m. The wide receiver, wearing turquoise pants and a matching blazer buttoned over a green jacket, initially walked out of the jail a few minutes after arriving, but then returned after conferring with his lawyer. 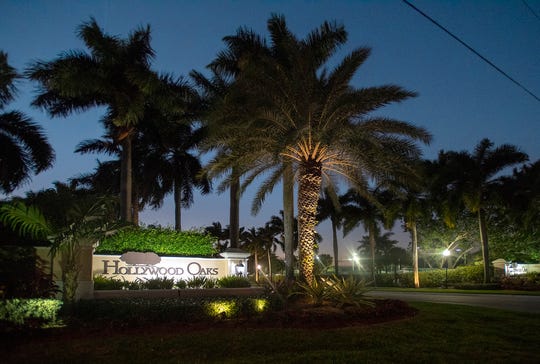 In a Wednesday news release, Hollywood police said Brown's arrest warrant included charges of burglary with battery, burglary of an unoccupied conveyance and criminal mischief. Officials responded Tuesday afternoon to a disturbance call where the alleged victim said Brown and his trainer, Glenn Holt, hit him near Brown's Hollywood home.

Holt was arrested and charged with one count of burglary with battery, but officials couldn't make contact with Brown at the time.

Brown didn't respond to WFOR-TV's request for on-camera comment, but his lawyer, Eric Schwartzreich, indicated that Brown would spend the night in jail.

"He's innocent of these charges. Hopefully we'll get bond tomorrow and he'll be acquitted of all charges," Schwartzreich said.

Brown, who is a free agent, played nine seasons with the Pittsburgh Steelers. He was traded to the Oakland Raiders last year but released before ever playing a regular season game following several off-the-field incidents. He was then signed by the New England Patriots, who released Brown in September after a second woman in 10 days accused him of sexual misconduct.

Brett Favre sees some of his own traits as a football player in Patrick Mahomes.

The mobility and passing outside the pocket, usually on the run. The willingness to stick with a play and see if it can develop into something grand. The howitzer of an arm.

The Hall of Fame quarterback, who is appearing weekly on SiriusXM NFL Radio for a third NFL season, isn’t exactly looking into a mirror when he watched Mahomes. But it isn’t far off.

“I see the comparison,’’ Favre says of the Kansas City star. “He may not admit this but he probably feels there is no throw he can’t make or no angle he can’t make it from. Whether he’s flushed left or to the right, his vision always is down the field. I was always looking for the big play first and knew I could always react underneath if I needed, too.

With one major alteration that Mahomes and San Francisco’s Jimmy Garoppolo probably benefit from.

“The one big difference with me and present day quarterbacks, when I came into the league I was very unprepared from a passing standpoint,’’ Favre said.

“I could throw it a mile, make any throw, but in college we ran an option offense and when we threw it was off a sprint out. I didn’t know anything about protections in general, throwing hot. Never had to worry about anything in college, played free-spirit football, and if there’s a busted play, make something happen with my arm.”

Lawson is the first player to sign with the Raiders since they officially added Las Vegas to their name Wednesday. The Raiders are set to play next season in Las Vegas after spending the past 25 seasons in Oakland.

Lawson first joined the Raiders as an unrestricted free agent last season after playing five years with the Lions. He played 11 games with five starts for the Raiders, recording 23 tackles and five passes defensed.

... New England cornerback Joejuan Williams faces charges after being stopped by a Tennessee Highway Patrol trooper for speeding on Interstate 40 on Jan. 17.