Allen Park — The Detroit Lions added additional depth in the secondary Thursday, agreeing to terms with cornerback Darryl Roberts, according to the NFL Network.

A seventh-round draft pick for the New England in 2015, Roberts never saw the field in a regular-season game for the Patriots, suffering a season-ending wrist injury in the first preseason contest. 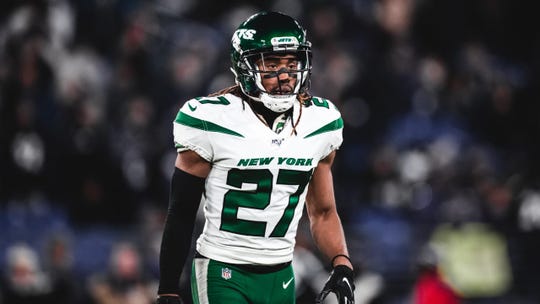 After being released by the Patriots the following offseason, Roberts caught on with the New York Jets, where he's spent the past four years. He's appeared in 56 games during that stretch, including 26 starts.

In 2019, he started 10 games, recording 63 tackles, six pass breakups and an interception. He has primarily played on the outside, but has some experience working in the slot and as a safety.

More: Lions Mailbag, Part 2: What should Detroit get for No. 3? Why no Golladay deal?

After scoring a three-year, $18 million extension with the Jets in 2019, Roberts was released by the team last month. He's the fifth defensive back the Lions have added to the roster this offseason, along with cornerbacks Desmond Trufant and Tony McRae and safeties Duron Harmon and Jayron Kearse.