The Lions’ 2013 haul stands as the best of the last 20 years, according to CBS Sports.

The Detroit Lions have had some big hits – and some big misses – with their first-round pick in the NFL Draft the last 20 years.

But when evaluating entire draft classes, the Lions’ 2013 haul stands as the best of the last 20 years, according to CBS Sports. 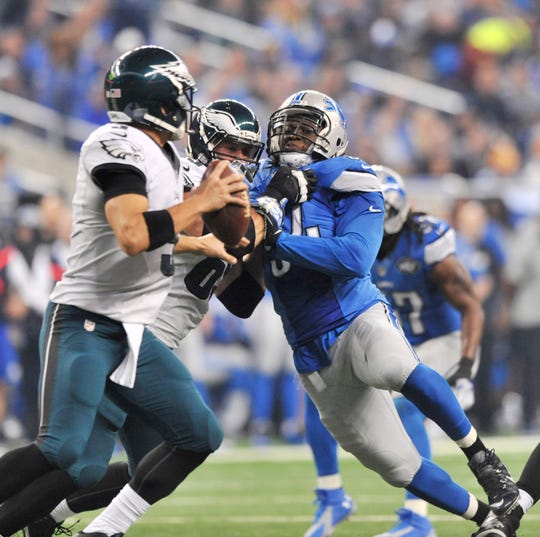 The Lions’ first-rounder that year was Ezekiel Ansah, No. 5 overall, a defensive end from BYU. Mississippi State cornerback Darius Slay followed in the second round and Kentucky guard Larry Warford in the third round.

“The Lions successfully hit on each of their first three picks in 2013, when they acquired 2015 Pro Bowl defensive end Ezekiel Ansah, three-time Pro Bowl defensive back Darius Slay, and three-time Pro Bowl guard Larry Warford,” says CBS Sports’ Bryan DeArdo. “Detroit also found late-round value in punter Sam Martin and running back Theo Riddick. Each of these players played significant roles in the Lions' playoff seasons in 2014 and in 2016.”

More: There's plenty more on Taylor Decker's mind than an extension with Lions

Though the Lions generally received high marks for their draft selections in 2020, those players were not considered in this analysis by CBS Sports.