Agnew is bracing for a fight to keep his job as the Lions’ primary returner on special teams, and also switching from cornerback to wide receiver

Lions offensive coordinator Darrell Bevell met with the media in a Zoom call on Wednesday. The Detroit News

It wasn’t much of a secret before, but now it’s official.

Jamal Agnew wasn’t just a visitor in the Lions’ offensive team meetings this spring. He was a regular. And while the fourth-year pro is bracing for a fight to keep his job as the Lions’ primary returner on special teams, he’s also making a switch from cornerback to wide receiver. 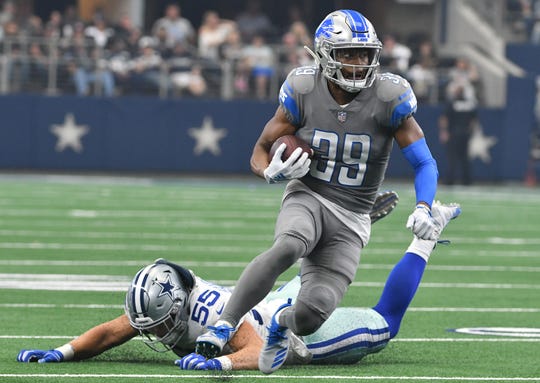 Offensive coordinator Darrell Bevell confirmed that Wednesday in a video conference call with reporters as the Lions’ completed their virtual offseason program.

Agnew, who earned All-Pro honors as a rookie return man in 2017, played only sparingly (21 snaps) as a backup cornerback last season. In fact, the 5-foot-10, 190-pound speedster logged nearly as many snaps (16) on offense, the bulk of those coming in the regular-season finale as part an injury-depleted lineup against Green Bay at Ford Field.

“I think you saw a little bit right at the end of last year, where we brought him over and gave him a few opportunities on the offensive side of the ball,” Bevell said. “We really like his skill set. The ball in his hands, he does great things with it. When you have those type of players, you want to get the ball in their hands. So this offseason he has spent time in the receiver room pretty much exclusively. And right now, we’re gonna kind of lean that way and let it go where it goes.”

The Lions return the top four receivers from last season in Kenny Golladay, Marvin Jones, Danny Amendola and Marvin Hall. They also drafted Wisconsin’s Quintez Cephus in the fifth round in April, after signing former Packers wideout Geronimo Allison in March. But Agnew will get a chance in training camp to show what he can do in addition to his special-teams role, one that’s jeopardized by the addition of another rookie fifth-round pick in running back Jason Huntley.

“Kind of flipping back and forth and doing that thing, we just wanted to make sure that he could at least have something to concentrate on,” Bevell said of Agnew. “Concentrate on the wide receiver position, learning the techniques, learning our verbiage. Since he already has a good background in our defense, it wouldn’t be that hard of a transition for him if he needed to go back.” 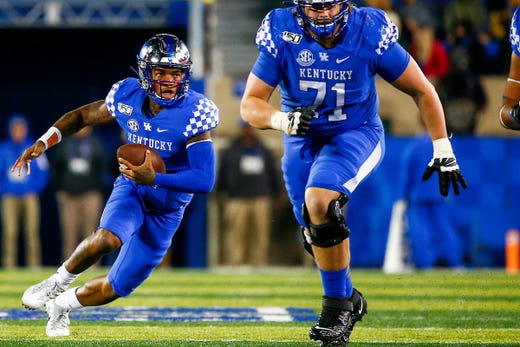 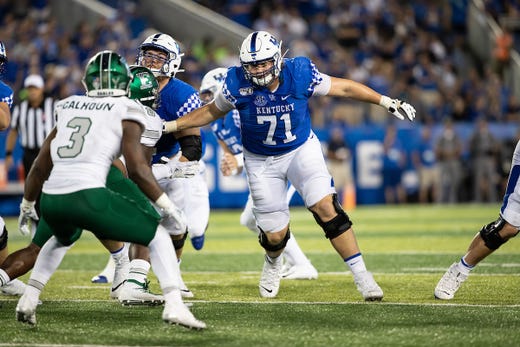 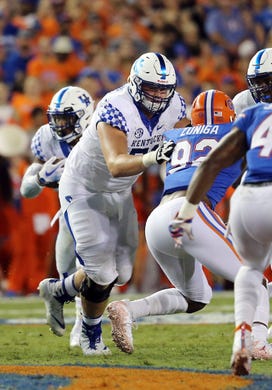 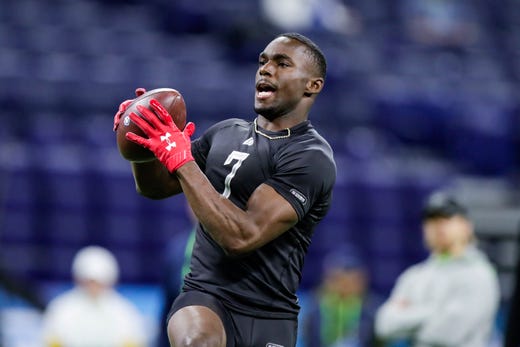 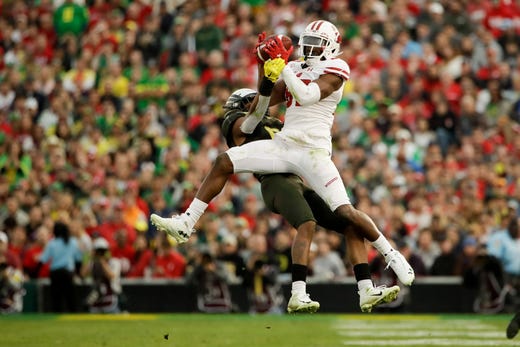 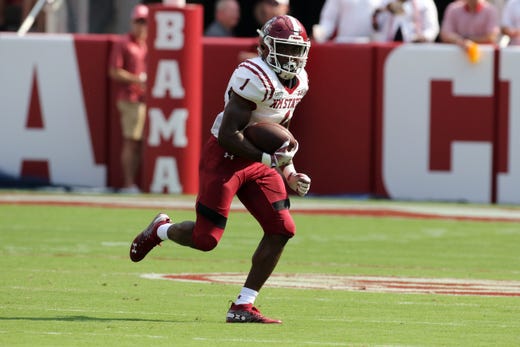 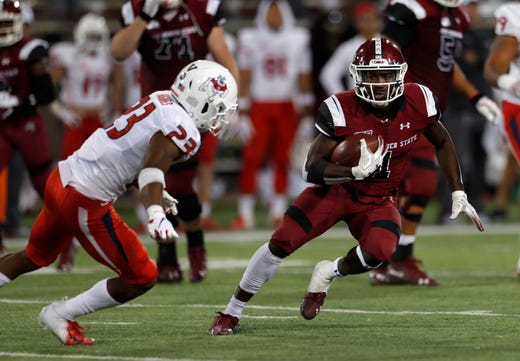 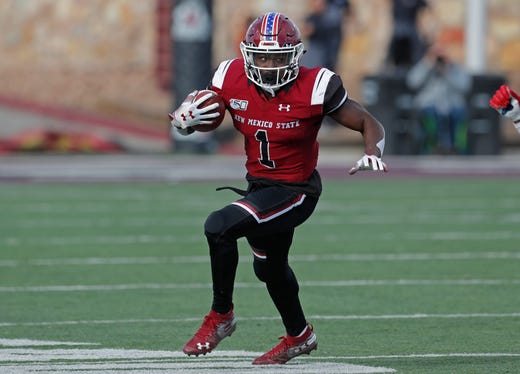 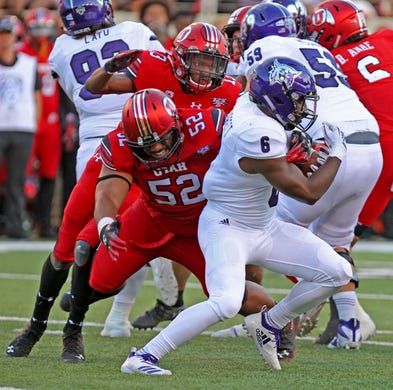 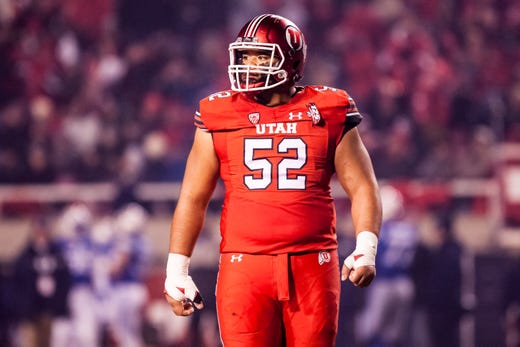 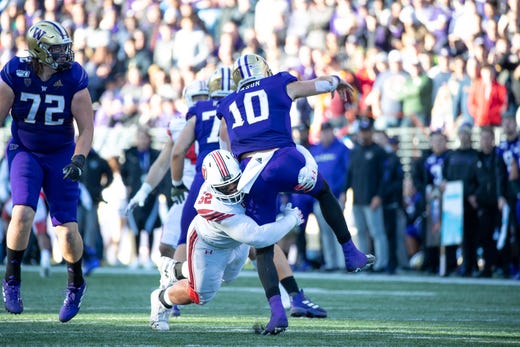 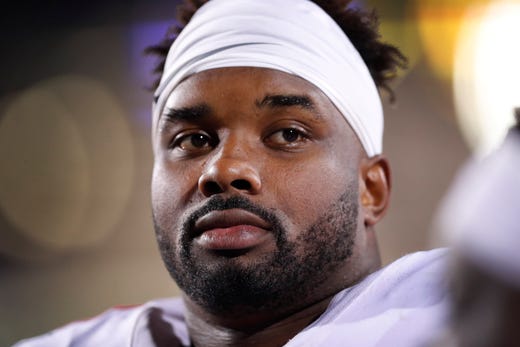 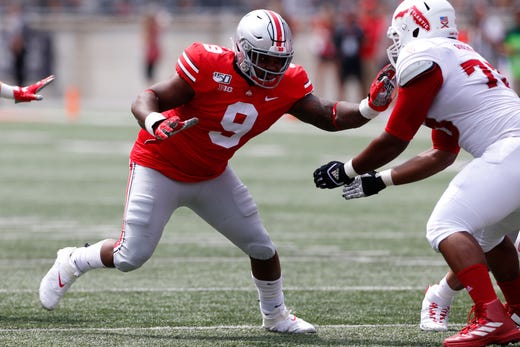 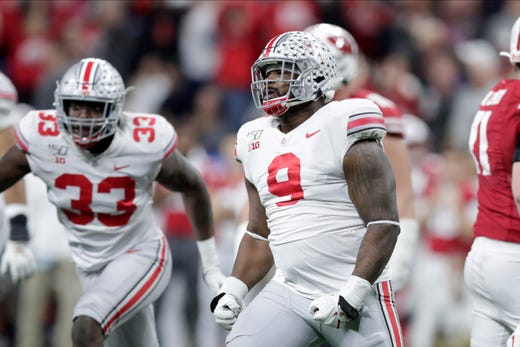 Hockenson on the mend

Tight end T.J. Hockenson, whose rookie season began with a record-setting debut but then quickly fizzled and was cut short by a serious ankle injury on Thanksgiving, is making good progress on and off the field this spring, according to Bevell.

“He’s running routes,” the Lions’ coordinator said. “You can’t say he’s 100 percent yet, but he’s well on the way to getting there. He’s done a great job with his rehab, and he’s always been a good worker that way. I know he’s gonna get some time with Matthew throwing and catching. I’m comfortable with where he’s at on the rehab part.” 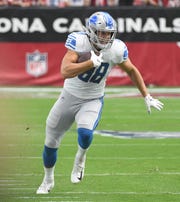 Same goes for the virtual classroom, where Bevell says last year’s first-round pick is “emerging as one of the leaders for us.”

“He’s a confident kid, he’s willing to speak up,” Bevell said. “He wants to be really good at his position, so he puts in the time to do that. He’s always asking what he can do better or what he can work on. And I just have to continue to get him opportunities to get the ball.”

Hockenson took advantage of opportunities immediately last season, with six catches for 131 yards and a touchdown in the opener at Arizona. But he finished with 32 receptions for 367 yards and two TDs.