Krupa: If you’re not watching NHL playoffs, you’re missing out

In the lion’s share of games headed into action Monday, evenly-matched teams are performing at a high level.

Krupa: If you’re not watching NHL playoffs, you’re missing out 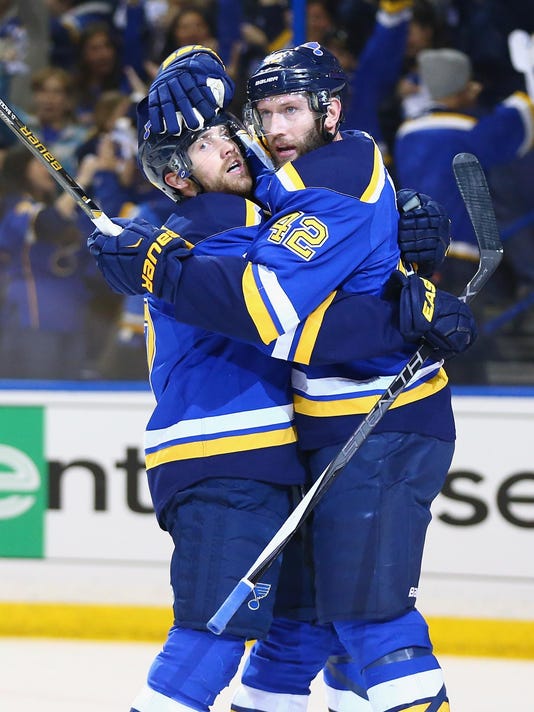 Detroit — When friends tell me I watch the 2016 Stanley Cup playoffs only because a big part of my livelihood is writing about the Red Wings, I pause long enough to allow for politeness, smile and go back to watching.

The popularity of the sport in the United States has grown by leaps and bounds in my lifetime, expanding even in a hockey-playing state of Michigan.

But there are times, like the middle of May with the Wings eliminated, I still feel like a member of a cult.

Too bad. Some folks are missing fine hockey.

In the lion’s share of games headed into action Monday, evenly-matched teams are performing at a high level. The best attributes of the game, speed, precision, toil and determination are constantly on display in nip-and-tuck contests. Almost every play seems intrinsic to the result.

Beyond performance, there are compelling story lines:

•Steve Yzerman could cap what might be the finest performance by a general manager in the NHL this season with his first Stanley Cup in Tampa.

•If Yzerman’s club prevails, along the way, the Lightning will vanquish Sidney Crosby of the Penguins, spurring exultation across the Red Wings fan base — at least among those still paying attention.

•The Blues, which entered the league as one of the six original expansion teams in 1967 with head coach Scotty Bowman at the dawn of his coaching career, could bring its first Stanley Cup to a rabid, savvy fan base in the middle of the country.

•Joe Thornton, the Sharks veteran center who is one of the greatest playmakers in NHL history, could add his first Stanley Cup final to a career that will almost certainly take him to the Hockey Hall of Fame.

Some good sagas. And there are others, including a marvelous performance by a kid goalie from the north shore of Lake Superior, Matthew Murray of the Penguins.

The Wings were eliminated April 21 in five games. But anyone who stopped watching then is missing terrific play.

All the fine youth and junior hockey training in North America, especially with the increased contribution from the United States, saturates the game. The parity enforced by the decade-old salary cap makes the competition close.

Almost all the games are, in the parlance of the sport, “good hockey.”

That is important, especially when circumstances are such one could fret about the popularity of the NHL at the climax of the season.

Defense is something the Red Wings have to address

There certainly is some potential for problems.

The Stanley Cup champions, the Blackhawks, exited early, with their deep, star-laden roster, and Bowman watching from aloft. Another dominant team of recent seasons, the Kings, were also eliminated in the first round.

Jaromir Jagr and Gerard Gallant could not keep the pages turning in the storybook that was the Panthers season, and the goaltender Henrik Lundqvist is suddenly less regal, with the result that he and his Rangers sit at home.

The great goal scorer of the day, Alex Ovechkin, and his hard-pressed Capitals could not persist to the conference final, once again.

For fans, some of the drama is gone early this year.

And the bean counters note something else: The early loss of major media markets.

Of the top 10 in the United States, Atlanta and Houston do not have NHL teams and Boston did not make the playoffs.

The top three, New York City, Chicago and Los Angeles, were eliminated in the first round.

Four, five and seven — Philadelphia, Dallas and Washington, respectively — were eliminated in the second round.

That leaves San Francisco, Oakland and San Jose, grouped as the sixth largest, as the only top-10 U.S. media market remaining.

Time will tell how the conference and Stanley Cup finals fare.

But, citing Nielson Company, NBC said its ratings for the first two rounds are up four percent over 2015.

And the first two games of the third round, the conference finals, were the second (Sharks versus Blues) and third (Lightning versus Penguins) most watched Games 1 in the conference finals since the network began broadcasting the NHL. They are exceeded only by the Kings versus the Blackhawks in 2013.

In Canada circumstances are far harsher, with none of the seven NHL franchises in the playoffs for the first time in 45 years, and the Raptors and Blue Jays providing compelling broadcast alternatives.

Ratings are down 51 percent through the first two rounds, according to Rogers and Sportsnet. But in series in which only franchises from the United States participated, a more “apples-to-apples” comparison, annual ratings are off only six percent.