Stamkos returns for Game 7 against Penguins

Stamkos returns for Game 7 against Penguins 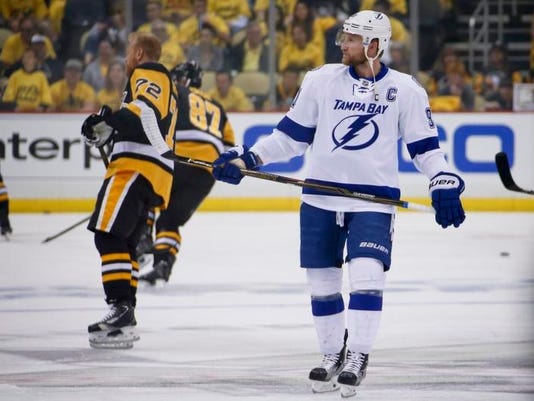 Stamkos returned to Tampa Bay’s lineup on Thursday night for Game 7 of the Eastern Conference finals against Pittsburgh. Stamkos last played on March 31 before undergoing surgery on April 4 to treat a blood clot near his right collarbone. Stamkos will play on the third line between Ondrej Palat and Ryan Callahan.

Stamkos has skated with his teammates in practice the last few weeks but was waiting to be cleared by doctors because he is taking blood thinners as part of his post-surgical protocol.

The 26-year-old Stamkos has 15 goals and 20 assists in 48 career playoff games. He posted 36 goals and 28 assists during the regular season for the Lightning.