There continued to be a sense of disbelief around Niklas Kronwall on Wednesday knowing he wouldn't be playing in Game 7. 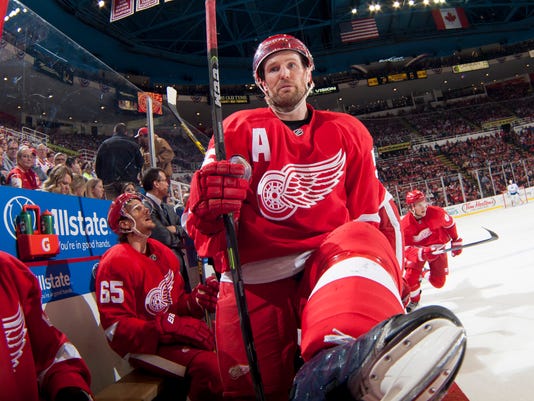 Tampa, Fla. — There continued to be a sense of disbelief around Niklas Kronwall on Wednesday knowing he wouldn't be playing in Game 7.

Kronwall was suspended for one game after the NHL Department of Player Safety ruled he charged Lightning forward Nikita Kucherov in Game 6, launching himself into Kucherov and making significant head impact.

"It's hard to describe, really," said Kronwall, who took part in the morning skate, saying he wants to be prepared for the next round of the playoffs, which would start Friday. "I still don't really know how to feel, to be honest with you. I haven't grasped it.

"The decision has been made and I have to live with it.

"Of course the decision was based on something I did on the ice. You'd like to take that back but what is done has been done and now you look forward to the game tonight and supporting the guys and win this one (game)."

Kronwall was cool and composed, but was quite clear in his understated ways he didn't agree with the ultimate ruling.

This was Kronwall's first hearing with the DPS and he never had been suspended before.

"I disagree with the decision, I feel like it happened in a little bit different way that what they feel (happened) but that's how it is," Kronwall said. "I did something to put them into a situation where they could make the final call.

Teammates and coach Mike Babcock still were confused and disappointed about the NHL's ruling.

"If we talk about Game 7, I won't get fined," said Babcock, not wanting to delve into the Kronwall suspension.

"There's been a lot of questionable hits in these playoffs," said Jonathan Ericsson, Kronwall's defensive partner, "and I don't think Kroner's hit was worse than any any of the other ones that haven't been called on the ice or taken up by the NHL."

Said captain Henrik Zetterberg: "The league made a decision and we have to accept it. We don't agree with it but it is what is is and we move on. It's one game and he'll be ready for the next one."

Kronwall isn't the only veteran Red Wings defenseman out for Game 7.

Marek Zidlicky (concussion symptoms) is out, too, Babcock said. Jakub Kindl and Alexey Marchenko will replace them.