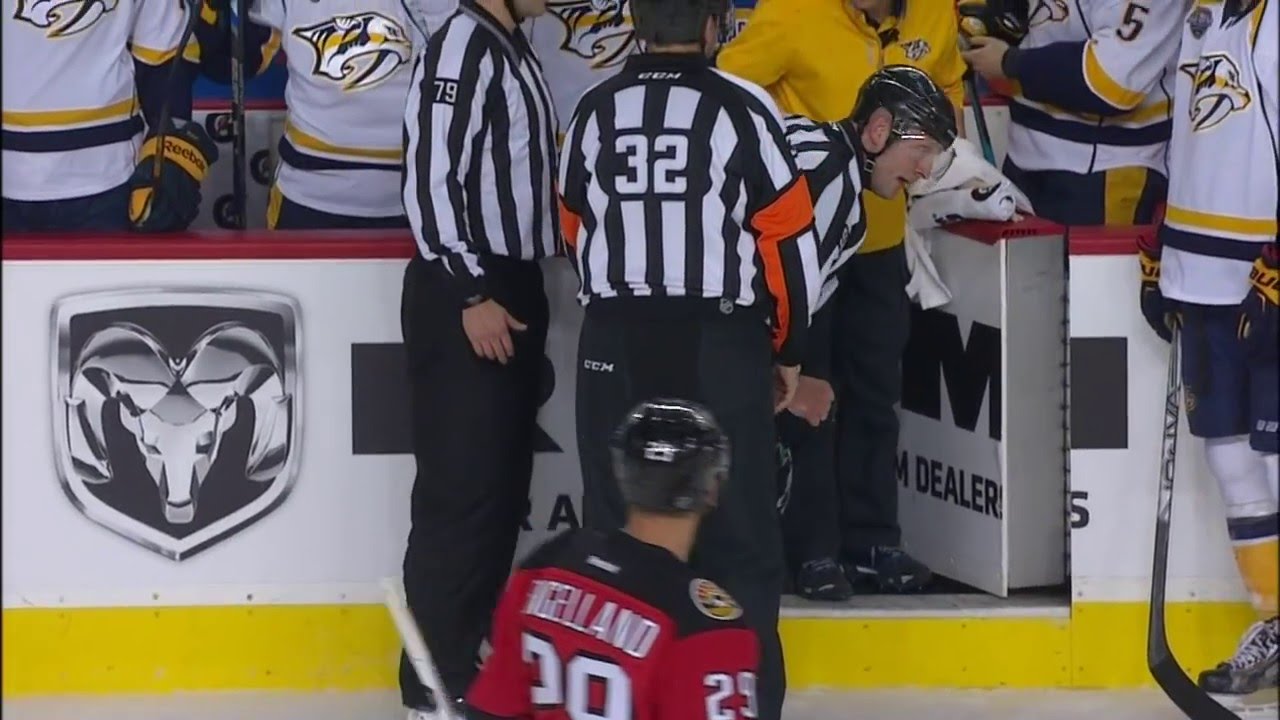 Was it just an accident?

Well, you be the judge.

During the second period of Nashville’s 2-1 win at Calgary on Wednesday, Flames defenseman Dennis Wideman crunched linesman Don Henderson with a vicious cross-check on his way to the bench.

Henderson was dazed but got to his feet and remained in the game. Moments earlier, Wideman had taken a hit from the Predators’ Miikka Salomaki.

After the game, Wideman said the hit on Henderson was accidental. Check out the video above or HERE to see if you agree.

“I took a pretty hard hit down in the corner and had some pretty good pain in my shoulder and my neck and I was just trying to get off the ice,” Wideman said after the game. “And I was kind of keeled over and at the last second, I looked up and I saw him and I couldn’t avoid it.”

There was no penalty called on Wideman on the play.

At the next stoppage, Wideman skated over to where the officials were gathered and apologized.

“Throughout my career — and I’ve been around for a few years — I think I’ve treated every official with the utmost respect,” Wideman said, “and I would never intentionally try to hit a linesman or a ref or anything like that.”

Wideman is in his 11th NHL season, and fourth with the Flames. The 32-year-old entered the game with 94 career goals, 275 assists and 471 penalty minutes. He has two goals, 19 points and 30 penalty minutes this season.