Will Wings aim for any of these trade targets? 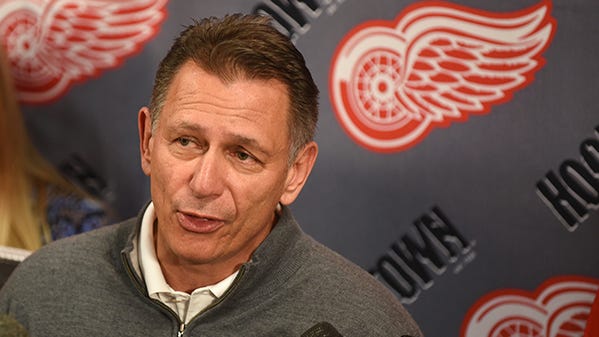 Go through the gallery above or go HERE to see analysis by Ted Kulfan of The Detroit News on players that could be on the move before the NHL trade deadline.

The NHL trade deadline is Monday at 3 p.m. and Red Wings fans are wondering: What will Ken Holland do?

The Wings are in a tight chase for a playoff spot. Depending on the day, the Red Wings are either in the top three of the Atlantic Division, meaning an automatic playoff berth; fourth in the Atlantic, owning one of two wild-card spots; or just a one or two points out of the wild card -- and out of the playoff picture entirely.

And they’re not alone.

So many teams are bunched in both conferences, it’ll be interesting to see how many teams actually decide to sell off prospective unrestricted free agents this summer, or other players.

But Holland will have his hands somewhat tied. The Wings are near the salary cap ceiling and if they want to make a move for a major player, they’d likely have to trade away a player with a comparative salary.

With Johan Franzen (concussion) on long-term injured reserve since the second game of the regular season, Pavel Datsyuk spending time at the start of the season recuperating from ankle surgery, and Drew Miller (knee) on injured list since January, that’s all had a draining effect on their salary cap.

“We don’t need depth,” Holland said. “We have depth. We have players. We have the flexibility to move them (up and down from Grand Rapids). (But) is there a player who we believe is a dramatic upgrade to what we already have?”

If there is, Holland still has to navigate the Wings’ salary cap restrictions.

The Red Wings would like to add a top-six forward and / or, a top-four defenseman – but so would every other playoff contender.

And there are a lot of teams who think of themselves as contenders.