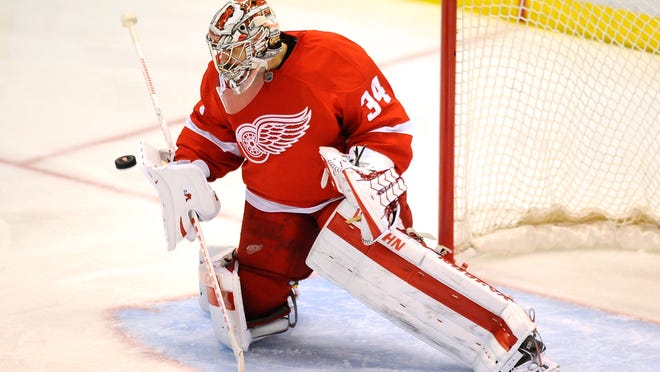 Detroit — Jim Devellano stood at the open door to the press lounge along the first floor concourse of Joe Louis Arena and said, “Kind of an important game tonight, don’t you think?”

A room then only partially full of writers and producers looked up at the original architect of the current era of the Detroit Red Wings, now their senior vice president.

“I wonder how important home ice will be?” he mused.

In recent years, Devellano has seemed ever more like a wise old wizard of the game, whispering to GM Ken Holland down the hall from the Wings dressing room after a disappointing loss to the Lightning recently in Florida, walking through the dressing room nose into a small batch of documents in his hands, stopping occasionally to chat with a player, making it a point to shake Jimmy Howard’s hand earlier this season on the road when Petr Mrazek had grabbed the top goalie’s gig.

“You think they’d be ready for this one,” he said, of the club for whom he toils. “You’d think that, wouldn’t you?”

The fact the rhetorical question indicated some doubt was telling. It seemed to be his point.

In addition to some inconsistent performance throughout much of the regular season, the Red Wings have not always played with the passion customary from the franchise in recent history in big games.

Devellano’s expectations were met. At least, on this night.

The Wings were ready from the get-go, and they came out flying. They were not dissuaded by the disappointment of not scoring with a two-man advantage in the first period, carrying a lot of their energy through the adversity.

And it was continuous. Several minutes into the second period their brisk pace continued to give the Lightning difficulty.

Then, finally, the goals came.

And they flew all the more.

The Lightning said they were cognizant of the lift the Wings were likely to get from their fans, and expected their opponents to assert themselves from the start.

For what they may not have bargained was the continuous vigor.

Jeff Blashill not only changed goalies, subbing Mrazek for Howard, he changed defensemen, inserting Brendan Smith for Kyle Quincey, who may be hurt.

And he gave Andreas Athanasiou more time on ice.

He changed lines, splitting Henrik Zetterberg and Pavel Datsyuk, again, and putting Zetterberg between Gustav Nyquist and Dylan Larkin.
It all worked.

Mrazek played well, although the team played far better in front of him than in front of Howard for six periods in Tampa.

Smith played and provided both fire and stability, nailing forward Cedric Paquette on the first big body check of the game and separating him from the ice and not straying too far from defensive position.

Athanasiou scored and did not deprive his team of that advantage by providing weak defense.

Zetterberg, Nyquist and Larkin buzzed loudly throughout much of the game, and garnered an all important second goal to double the lead Athanasiou provided.

Some in the fan base will say the changes were late.

The Wings may consider them in the nick of time.

The Wings said they would act to deny the trio space to operate.

That may have worked, but what seemed to really accomplish the deed was lots of puck possession by the Wings, often in the Lightning zone.

It is still the best defense.

He is simply quicker, and against a Lightning fast team it seems to matter.

When he is at his best, Mrazek is faster in the crease than Howard. At his worst, the aggressiveness gets the best of him and he moves out of position.

Sunday night, he was quick and more precise that in several previous appearances since his previous full game 31 days ago. Facing only 12 shots, he still managed some big saves, especially in the first period, long before the Wings got on the board.

Had the Lightning scored first, it might have been a different game.

He only faced 16 shots, and the team played far better in front of him than in front of Howard. But Mrazek was important.

On several occasions throughout the season, Blashill or some observer, like broadcasts analysts Chris Osgood or Jeremy Roenick said something to the effect of the Red Wings needed to remind themselves how good they are.

They did that Sunday.

Will they remember by Tuesday?