The sides will continue to negotiate in an effort to avoid arbitration hearings. 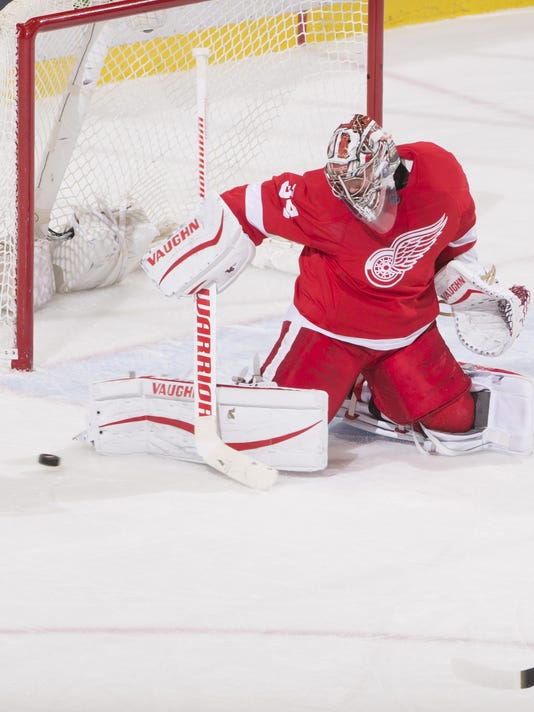 Detroit — The Red Wings have filed for salary arbitration with goaltender Petr Mrazek.

The two sides will continue to negotiate in an effort to avoid arbitration hearings, which are scheduled between July 20 and August 4.

Danny DeKeyser filed for salary arbitration Tuesday. The advantage of filing that a contract usually is worked out between the player and team by the hearing toward the end of the month.

After an outstanding January in which Mrazek was 7-1-1 with a 1.32 goals-against average and .952 saves percentage, Mrazek struggled the last two months of the season being pulled five of 14 starts.

Mrazek lost his starting job to Jimmy Howard late in the regular season and into the playoffs, before being reinserted into the lineup for Game 3.

If Mrazek and the Red Wings reach arbitration, the goalie is eligible to ask for a one- or two-year contract.

If they can agree on a contract, which is usually the case in these instances since neither side wants to reach arbitration, it’ll likely be a two- to four-year contract in the neighborhood of $4 to $5 million.