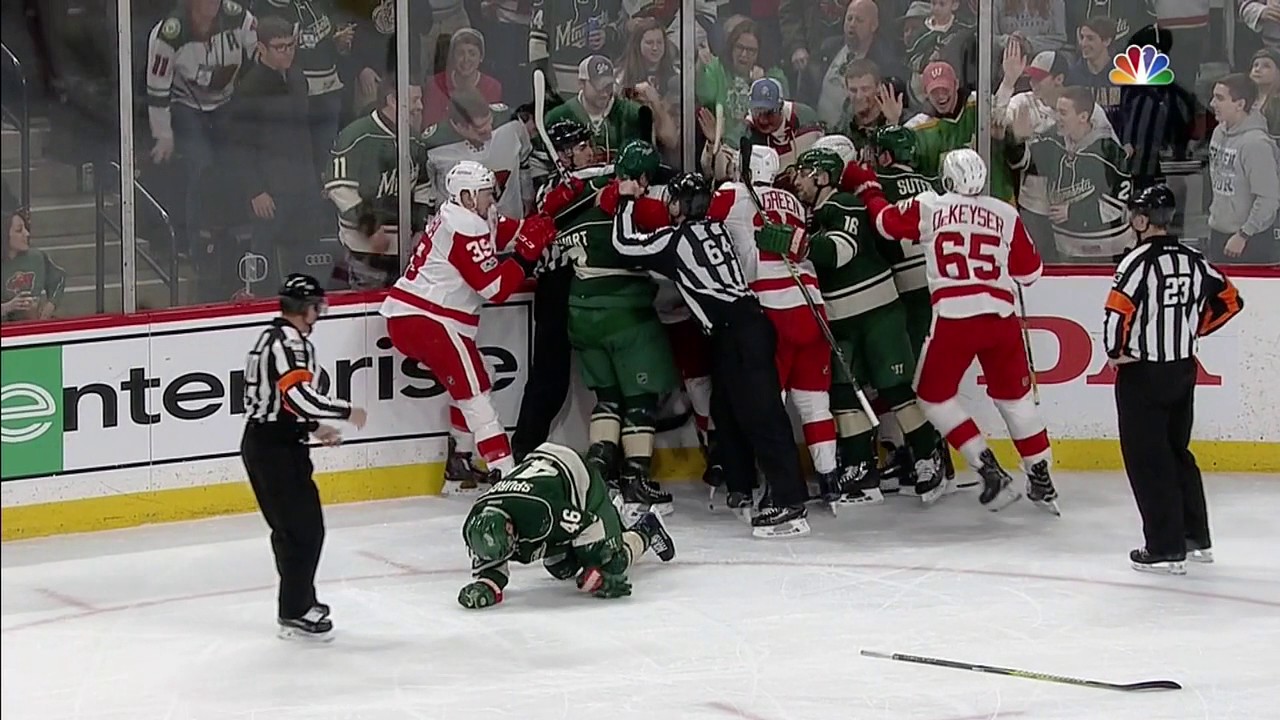 Detroit — Gustav Nyquist missed his first game in three seasons for the Red Wings Wednesday, but it was not for the usual reason on the most injured club in the NHL.

As many expected, the NHL suspended the Red Wings forward for six games for high-sticking the Wild’s Jared Spurgeon in the first period Sunday.
Nyquist and the Red Wings maintain it was unintentional.

Many observers said they saw Nyquist thrust his stick directly into Spurgeon’s face, below the eye.

He received a four-minute double-minor for high-sticking.

The normally mild-mannered, thoughtful Nyquist said the incident was an accident.

“I didn’t mean to do that,” he said, after the game Sunday. “I’m trying to get body position on him… I was trying to get over to the other side of him and my stick gets caught.

“I don’t think he meant to spear him in the face,” Zetterberg said. “He probably tried to move his stick over and got caught.

“Everybody standing here knows him better than that.”